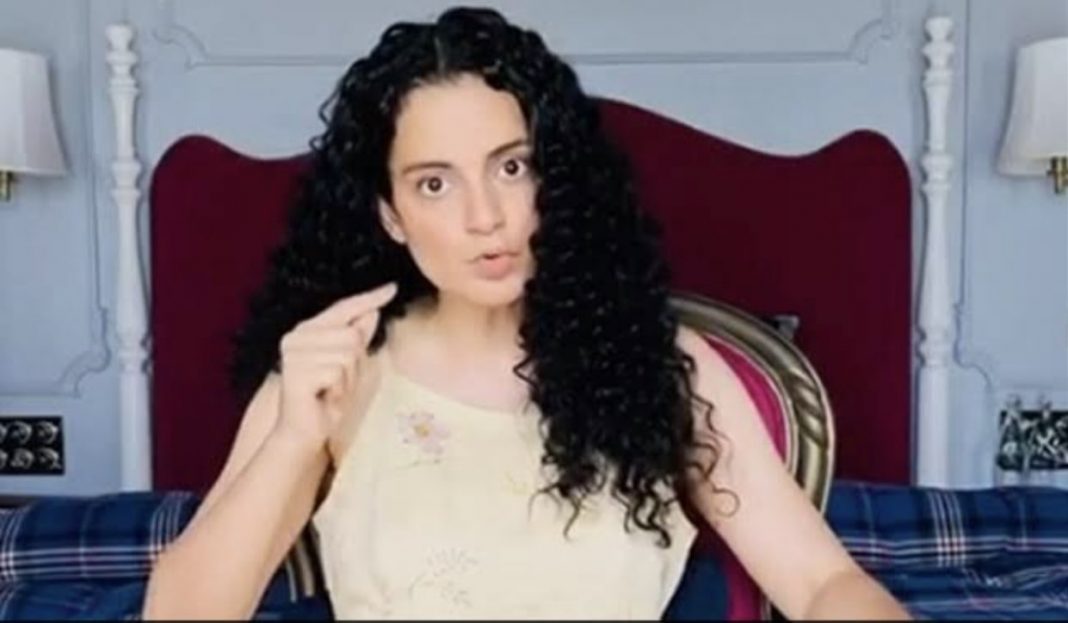 New Delhi: The Punjab and Haryana High Court has given a clean chit to actor Kangana Ranaut for her allegedly controversial social media post on the consumption of beef.

Justice Manoj Bajaj dismissed a plea seeking direction to Punjab Police for the registration of a criminal case against the actor for her alleged social media post.

Navneet Gopi, a resident of Ludhiana, filed a petition in the High Court seeking directions to the state to conduct an inquiry on his complaint and to take legal action against Kangana Ranaut.

The counsel for the petitioner submitted that Kangana had outraged the religious feelings of a particular section of society by intentionally putting a post on social media to promote beef consumption and it amounted to commission of offence punishable under the penal laws.

The counsel further submitted that the petitioner had given a complaint to the Haibowal station house officer and Ludhiana Commissioner of Police for registration of an FIR, but no action was taken by Ludhiana Police. Moreover, Petitioner was threatened by supporters of the actor.

The petitioner has prayed for registration of an FIR against her under Sections 66 and 67 of the IT Act,  Section 295-A IPC and Punjab Prohibition of Cow Slaughter Act.

The court observed that her post does not prima facie suggest that it amounts to commission of an offence punishable under Section 295-A of the IPC, in any manner. The court held that the petition did not mention details of persons or organisations behind the threats. “It has not at all been described as to how and in what manner the alleged threat was extended,” the court noted.

“The court has no hesitation in holding that the petition is vague and misconceived. Therefore, this court is not inclined to exercise the inherent powers under Section 482 CrPC,” the court remarked while dismissing the petition.

Did you find apk for android? You can find new Free Android Games and apps.
Share
Facebook
Twitter
Pinterest
WhatsApp
Previous articleSupreme Court allows registration of BS IV diesel vehicle bought before April 1, only for essential purposes
Next articlePIL in Supreme Court says rampant artificial insemination of cattle is cruel and should be banned