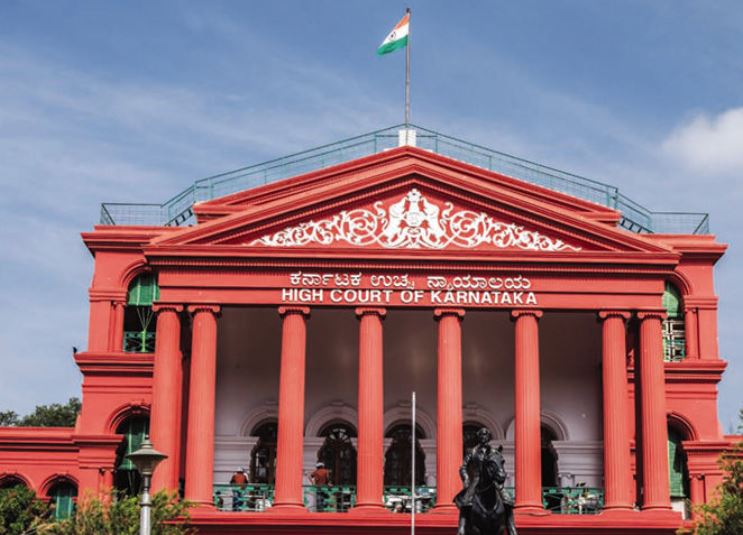 “Half the world; and not even half the chance” is the cry of the petitioner in this petition on being denied consideration for appointment on compassionate grounds on the death of her father because she is a married daughter.

The single-judge Karnataka High Court bench of Justice M. Nagaprasanna on Tuesday made this observation while considering a writ petition filed by one Bhuvaneshwari V. Puranik challenging the denial of consideration for appointment on compassionate grounds on the death of her father on the score that she is a married daughter.

The petitioner is the daughter of late Ashok Adiveppa Madivalar, who was working as Secretary in the office of the Agriculture Produce Marketing Committee, Kuduchi village, Belgaum District and died in harness. On the death of the sole breadwinner of the family, the petitioner, the daughter of the deceased employee, submitted a representation on 08.11.2016 for grant of appointment on compassionate grounds. In response to the said application of the petitioner, the respondents directed her to rectify the defects in the application and submit the same in a proper format. In terms of the direction, petitioner submitted her representation on 22.05.2017 along with necessary documents.

In reply to the request of the petitioner seeking appointment on compassionate grounds, the Joint Director (Administration), Department of Agriculture Marketing issued an endorsement rejecting the request on the ground that the Rules obtaining does not entitle the petitioner to seek an appointment on compassionate grounds on the score that she is the daughter of the deceased employee, who is married. This rejection order dated 31.08.2017 was communicated to the petitioner on 12.09.2017. It is the orders dated 31.08.2017 and 12.09.2017 that are challenged in this writ petition by seeking to quash them by issuance of a writ in the nature of certiorari.

Senior Advocate Manmohan P.N., appearing for the petitioner, submitted that the Rule which empowers the Government to reject an application of a married daughter falls foul of Article 14 of the Constitution of India as it is on the face of it discriminatory which seeks to make a division of entitlement on the basis of gender. He further contend that it is in that light that he has sought for a declaration at the hands of this Court to declare Rule 2(1) (a)(i), Rule 2(1)(b) and Rule 3(2)(i)(c) of the Karnataka Civil Services (Appointment on Compassionate Grounds) Rules, 1996 as unconstitutional.

On the other hand, Subramanya R., the Additional Advocate General, vehemently argued and contended that compassionate appointment is not a matter of right but a concession that is shown by the Government for a family which loses its breadwinner to tide over the immediate crisis that engulfs such families. It is with this object the Rules are framed and any request for appointment on compassionate grounds will have to be strictly construed in terms of the Rules and not dehorns the same and would submit the Rule that has stood the test of time cannot be held to be unconstitutional or ultra-vires the Constitution merely because the petitioner is denied a concession and not a right.

The Court, while considering the arguments, held that Article 14 of the Constitution prohibits the state from denying any person equality before the law or equal protection of the laws. Article 16 is an application of general Rule of equality as laid down in Article 14 with special reference to opportunity for appointment and employment under the State. Article 15(1) prohibits discrimination on the ground of religion, race, caste, sex or place of birth. It is an extension of Article 14, which expresses application of principle of equality. Therefore, no citizen shall be discriminated on the grounds of race, caste, sex or place of birth or religion. Article 16 takes its root from Article 14 and ensures equal employment opportunities under the State. Therefore, the fundamental right to equality means that persons in like situations under like circumstances should be treated alike.

“The Rules insofar as it creates division of the same object of appointment on the basis of gender by granting appointment to a son without any qualification and denying the same to a daughter with the qualification of marriage cannot but be held to be discriminatory. Marriage does not determine the continuance of the relationship of a child with the parent, whether son or a daughter. Son continues to be a son both before and after marriage and a daughter also should continue to be a daughter both before and after marriage. This relationship does not get effaced by the fact of marriage, as marriage does not severe the relationship of the daughter with the parent. These relationships are neither governed nor defined by marital status. This notion on which the Rule is framed cannot answer the tests of Articles 14 and 15 of the Constitution,” the court observed.

Also Read: National Lok Adalat disposes of more than 10 lakh cases in its last sitting of the year

The court, while allowing the writ petition, has said that the Rule which becomes violative of Articles 14, 15 on its interpretation will have to be struck down as unconstitutional as excluding the daughters purely on the basis of marriage will constitute an impermissible discrimination which is invidious and be violative of Articles 14 and 15 of the Constitution of India. It should be remembered that nature bestows so much on women, the law cannot bestow too little.