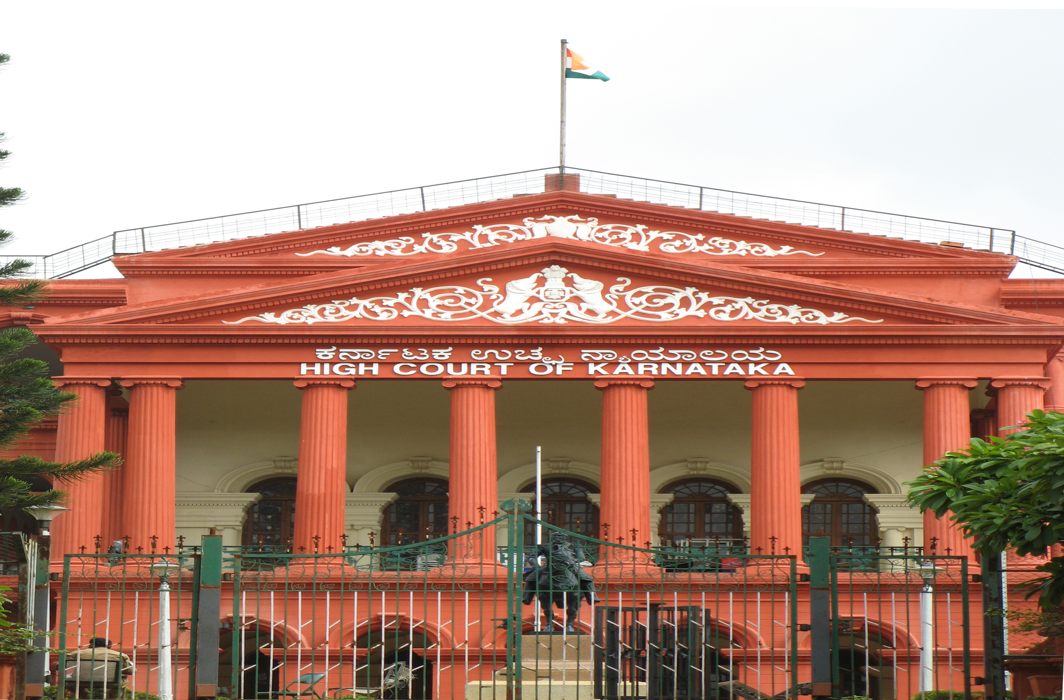 The Karnataka High Court dismissed the two Public Interest Litigations (PILs) filed seeking quashing of the order dated 17.01.2022 passed by the Deputy Commissioner Excise by which the private respondent has been permitted to shift his liquor shop from Vapasandra Village (Chikkaballapura Taluk) to Hunasenahalli Village (Gowribidanur Taluk), Chikkaballapura District.

The petitioners are residents of Hunasenahalli Village. The Division Bench of Acting Chief Justice Alok Aradhe and Justice S. Vishwajith Shetty held that ordinarily they would have relegated the petitioners to avail of the alternative remedy under Section 61 of the Karnataka Excise Act, 1965, however counsel for the petitioners submitted that a pure question of law arises for consideration in these petitions.

It has been contended that shifting of liquor shops from one Taluk to another Taluk is not permissible under Rule 23 of the Karnataka Excise Licences (General Conditions) Rules, 1967.

On the other hand, the counsel for the respondents have submitted that if the aforesaid Rule is read in its entirety, such a shifting within the District is permissible on an order made by the Deputy Commissioner.

The Court has considered the rival submissions made on both sides.

Rule 23 of the Rules reads as under:

“23. Shifting of shops.- Subject to the restrictions specified in Rule 5, the Deputy Commissioner may permit a licensee to shift the location of his shop from one place to another within the limits of a Grama Panchayat or within the Municipal Area or City Municipal Corporation on payment of a fee equivalent to fifty per cent of the licence fee charged on the licence in respect of such shop:

Provided that the Excise Commissioner may permit shifting of a location of a shop by any person holding a wholesale licence (CL-1) granted under clause (1) of Rule 3 of the Karnataka Excise (Sale of Indian and Foreign Liquor) Rules, 1968 to any place, within a District:

Provided further that subject to Rule 5, in case of CL-2 and CL-9 licences, the Deputy Commissioner may permit a licensee to shift the location of his shop.

(a) within the limits of Municipal Area/Town Panchayat Area or City Municipal Corporation;

(c) within category (e) area of item 2 and item 9 of sub-rule (1) of Rule 8 of the Karnataka Excise (Sale of Indian and Foreign Liquors) Rules, 1968 within the District.”

In the result, the Court did not find any merit in these petitions. The same fail and are hereby dismissed by the Court.