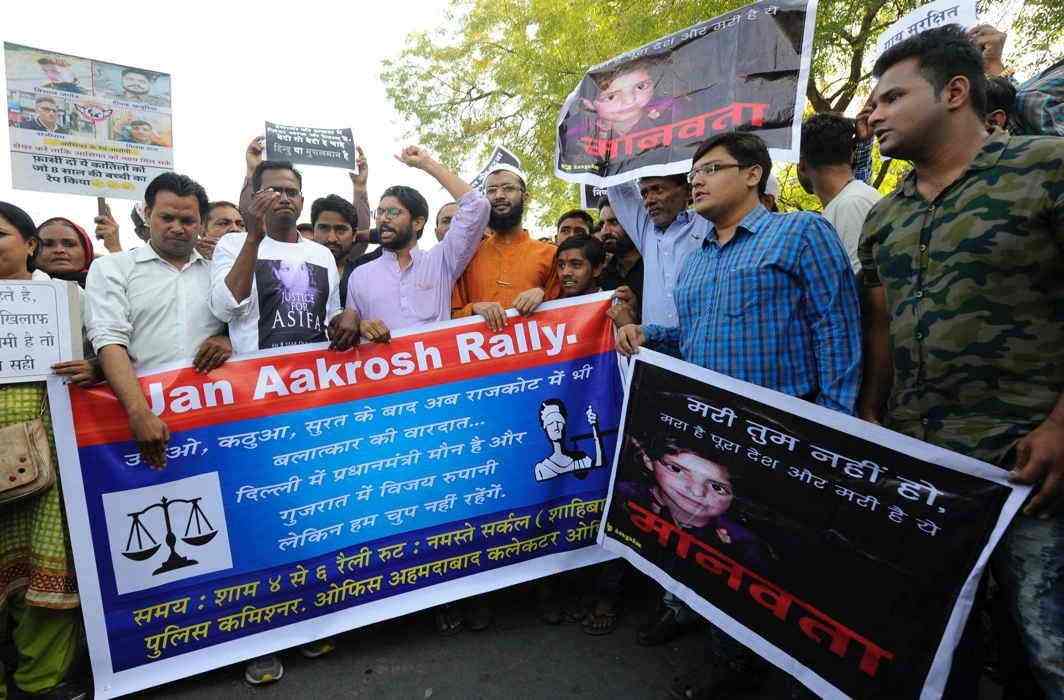 The apex court on Monday (July 9) ordered that the accused in the Kathua rape-murder should be transferred from Kathua jail to Gurdaspur district jail near Pathankot after being informed that the court was not getting enough time for trial as too much time is being lost in taking the accused from Kathua to Pathankot.

Senior counsel Indira Jaising appearing for the petitioner informed the bench of CJI Dipak Misra and Justices AM Khanwilkar, DY Chandrachud that currently the accused have to travel from Kathua to Pathankot and it is very dangerous to travel because anything can happen.

“The accused should be transferred to some Pathankot jail. It is very time consuming to take them from Kathua to Pathankot and very little time is left to carry on the trial,” said Jaising.

Earlier, the apex court had transferred the trial of the case from Kathua to Pathankot on the plea of the victim’s father after which Pathankot court had conducted the trial and framed charges against the accused.