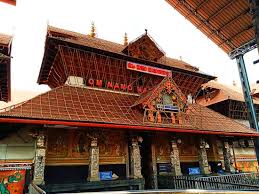 The Kerala High Court on Friday admitted a public interest litigation (PIL) challenging the Guruvayoor Devaswom Board which manages the famous Sri Krishna Temple in Guruvayoor and its Chairman TB Mohandas of giving away Rs 5 crore to Chief Minister’s Relief Fund. The arbitrary move had triggered widespread outrage among Hindu organisations and temple devotees.

The petition was filed  claiming that the donation was made in violation of the provisions contained in the Guruvayur Devaswom Board Act -1978 and hence illegal.

The petition said the act of Mohandas constituted a breach of his fiduciary duty towards the devotees of the temple and the Managing Committee was not authorized to spend money in contravention of the budgetary allocation. Therefore, the same act is liable to be struck down on account of being arbitrary and without any authority, the petition added.

The Pinarayi Vijayan-led Left Front government in Kerala  reportedly got the Guruvayur Devaswom Board to transfer Rs Five crore from its fixed deposit to Chief Minister’s relief fund and Hindu organisations have attacked the government. This money should have been  spent on temples that have been struggling to light the lamps. Questions have also been asked why the Kerala government  and the chief minister’s fund was not accepting money from other religious institutions.

Did you find apk for android? You can find new Free Android Games and apps.
Share
Facebook
Twitter
Pinterest
WhatsApp
Previous articlePIL Filed In Allahabad HC Seeking Ban On Production & Sale Of Pan Masala To Contain COVID-19
Next articleRacial Attacks Against Northeasterners To Be Dealt With Sternly, Centre To SC