After hearing the submissions, the Court voiced its concern on the increasing number of Covid-19 cases, saying, “Organizing Maha Kumbh Mela is a gargantuan logistical problem. Both the Municipal Corporation of Haridwar and other areas, and the Mela Authority have to tackle a huge population ranging from 10 lakh to 50 lakh on the special days. 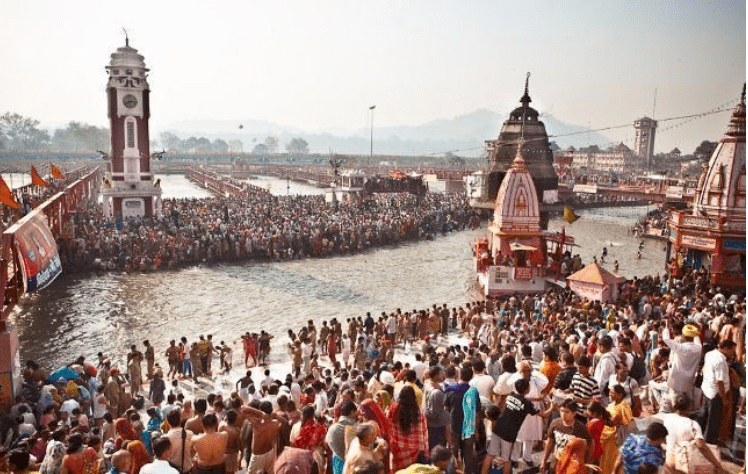 The Uttarakhand High Court has directed the State Government to increase the number of daily tests to at least 50,000 per day with the Kumbh Mela 2021 underway.

Hearing a batch of PILs filed against the state and district authorities regarding shortcomings in the Maha Kumbh preparations, a bench of Chief Justice Raghvendra Singh Chauhan and Justice Alok Verma after perusing the reports, submitted by the Chief Secretary (Uttarakhand) and a counsel for the petitioner, observed, “There is absence of sanitization dispensers, manual dispensers, inadequate number of changing rooms and washrooms, lack of drinking water facilities, lack of testing kiosks for carrying out Covid-19 tests, lack of CCTV cameras, and at many places the roads, leading to the Ghats, have yet to be constructed completely.”

After an inspection of the area, the Chief Secretary informed the court that directions have been issued for completing the works and for rectifying lacunae left by authorities concerned.

The Court exhibited grave concern on the poor conditions of hospitals spread throughout the Kumbh Mela area. It was observed one of the hospitals (S.P.S. Hospital) at Rishikesh does not have the basic equipment such as ultrasound, clean washrooms, proper drinking water and has 4 lifts that don’t function. There is lack of thermal scanning, lack of availability of hand sanitizers. Furthermore, the public has complained that some of the doctors, who are working at the said hospitals, prefer to send patients to their own private clinics. Another Hospital in Haridwar (Doodadhari Hospital) has no ventilators till now. There is no kiosk facility for doctors and nurses. A Sector Hospital facility at Bairagi Camp does not have a power backup system, and Covid-19 testing kiosk.

It was also observed by the court that according to one of the reports there is lack of Jal Police around the Ghats to protect people from the possibility of drowning, or being washed away by the river.

The Mela official informed the court that the budget for the Mela of Rs 803 crore has been almost spent fully in completing works. Of the remaining area, there are only 6 ghats that need repair. He submitted that it would still require 4 days to repair these ghats. He also informed the court that around 101 toilets have been installed in Rishikesh, 112 in Muni-ki-Reti and 96 in Swarg Ashram. He further submitted that 220 doctors are presently available in order to strengthen the medical and health care system. Around 9000 sanitary workers have been employed, 5000 dustbins with twin-bins have been installed, 68 E-Rickshaws and 42 Tippers have been engaged.

After hearing the submissions, the Court voiced its concern on the increasing number of Covid-19 cases, saying, “Organizing Maha Kumbh Mela is a gargantuan logistical problem. Both the Municipal Corporation of Haridwar and other areas, and the Mela Authority have to tackle a huge population ranging from 10 lakh to 50 lakh on the special days…it is imperative that the State Government must work overtime to ensure that Covid-19 does not start spreading its wings from Haridwar and Rishikesh.”

Did you find apk for android? You can find new Free Android Games and apps.
Share
Facebook
Twitter
Pinterest
WhatsApp
Previous articleAim Of Each Court Is To Find The Fact: Supreme Court Clarifies Scope Of Section 311 CrPC
Next articlePlea in Allahabad HC to form transgender welfare board in Uttar Pradesh