Justice C. Harishankar said such a situation is completely unconscionable. 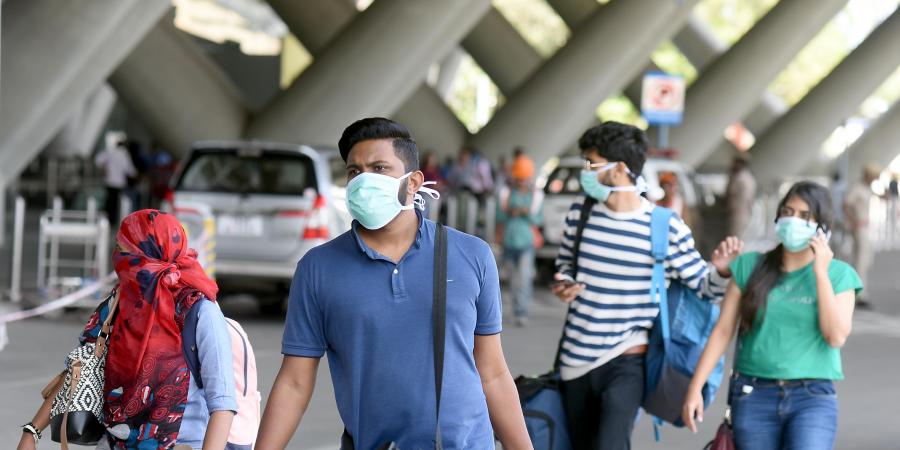 The Delhi High Court has taken suo motu cognisance on alarming situation where people travelling from Kolkata to Delhi on an Air India flight did not wear masks.

Justice C. Harishankar passed the order saying, “To the perception of the Court, such a situation, in the present scenario, when the country is seeing a resurgence of COVID-19 cases, after they had shown signs of ebbing, is completely unconscionable.”

The court further said that passengers in a flight are in a closed air-conditioned environment, and, even if one of the passengers suffers from COVID, the effect on other passengers could be cataclysmic.

“It is a matter of common knowledge that being within arm’s length distance of a COVID carrier, even if he is asymptomatic and is merely speaking, is more than sufficient to transmit the virus,”

Justice Harishankar also issued various guidelines for immediate compliance including the direction to the DGCA to reflect, forthwith, on its website, prominently, the instructions containing the guidelines and protocols to be followed by passengers and in-flight crew in domestic flights.

“This shall be reflected on the main website of the DGCA, without requiring the person accessing the site to navigate through various links to reach the instructions. The DGCA will ensure that prominence, to the instructions, or to the weblink through which they can, by a single click, be accessed, is accorded, by displaying them in a distinct and different font, blinking or otherwise, or by any other suitable means,”

The court also directed that All airlines shall ensure that, along with the boarding pass, written instructions regarding the protocol to be followed by passengers in flight, including the measures that could be taken against them on failure to follow the protocols, are provided to the passengers.

The bench said that the passengers should also be duly sensitised regarding their responsibilities, to abide by said protocol, both before as well as after boarding the flight.

“The in- flight announcements which, presently, merely require the passengers to wear masks at all times, should be modified to include a cautionary word regarding the penal action that could be taken against them in the event of default,” the order read.

The court has also directed the in-flight crew carry out periodical checks of the aircraft, in order to ensure that all passengers are complying with the protocol to be followed by them in flight, especially regarding wearing of masks. “It is made clear that masks shouldbe worn as directed by governmental instructions, covering the nose and mouth, and not worn merely covering the mouth or below the chin,” the court said.

“Strict enforcement of all penal provisions, which could visit delinquent passengers who refuse to abide by the COVID protocols to be maintained in flight, should be ensured. There should be no relaxation whatsoever in that regard,”

While taking suo motu cognisance of the matter and directing for the same to be placed before a bench hearing PILs, the court said, “It is the duty of each of us to contribute towards this end. Pointing fingers at the Central and State Governments, who have formidable tasks to deal with, and are doing all they can, is of no use whatsoever.

“Each of us, as members of a conscious and conscientious citizenry, is required to be sensitive and sensitized in equal measure, and to strain every sinew to keep the pandemic at bay. If the citizenry becomes complacent, no Government, howsoever activated and alive to the situation, can help,”

-the bench concluded while posting the matter for further hearing on March 17.