The divisional bench has listed the matter for further hearing on March 10. 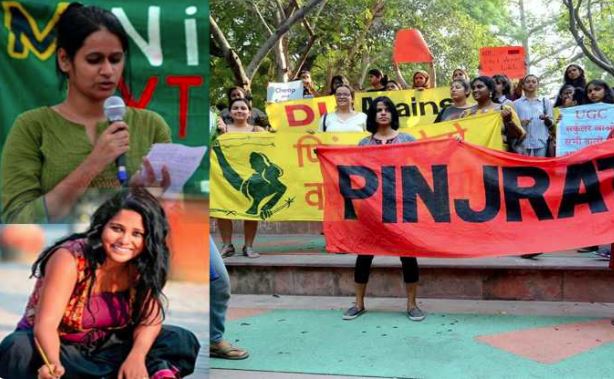 The Delhi High Court on Friday issued notice on applications filed by Pinjra Tod Activists Natasha Narwal and Devangana Kalita challenging the order of the Delhi Court rejecting the bail application filed for an offence under Unlawful Activities (Prevention) Act, 1967 for an alleged conspiracy in the North East Delhi Riots in February during Anti-CAA Protests.

A divisional bench of Justice Siddharth Mridul and Justice Anup Jairam Bhambhani has issued notice seeking responses from the Delhi Police and the Delhi Government.

The petition has been filed challenging the order of the Additional Session Judge 3, Amitabh Rawat stating that there is no gainsaying the fact that all the citizens of the country under the Constitution of India have the right and freedom to protest including the right to oppose any legislation. However, it is not an absolute right but subject to reasonable restrictions and further rejecting the bail application.

However, Advocate Adit S. Pujari appearing for the petitioner stated that the investigation being conducted in the matters are tainted and improper.

Over the perusal of the charge-sheet and accompanying documents, the bail application was rejected noting that the allegations against Natasha and Devangana are prima facie true.

The divisional bench has listed the matter for further hearing on March 10.