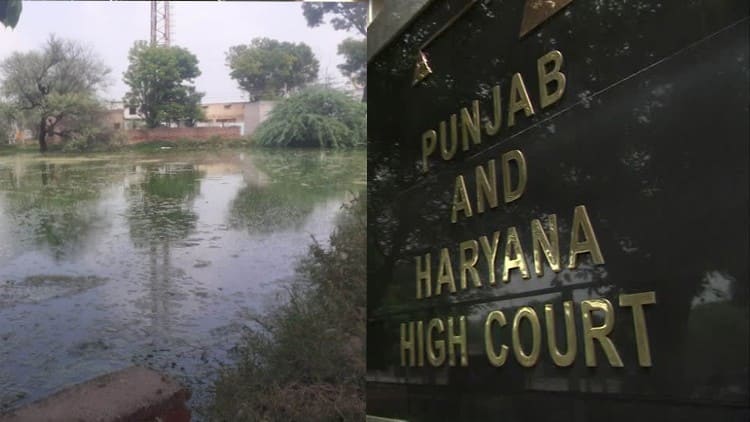 The Punjab and Haryana High Court on Wednesday (July 15) set a six-month deadline for the removal of the encroachments and unauthorised constructions on a “maximum number of village ponds”. Mining activity of “any nature whatsoever” in the village ponds throughout the state was also banned and directions issued for the initiation of stringent action against defaulters.

The bench of Justices Rajiv Sharma and Harinder Singh Sidhu issued four orders after observing that a startling revelation had been made in a petition regarding illegally mining of sand from a pond in Kang Araya village in Phillaur, Jalandhar.

Enlarging the scope of the writ petition after taking into consideration larger public interest to save the village ponds throughout the state, the bench also asked the Punjab Pollution Control Board to monitor the quality of water in the bodies.

The Deputy Commissioners across the state were also directed to ensure untreated sewerage/sewage was not let off in village ponds.

The Bench also directed the state to ensure that all village ponds were revived, repaired, renovated and rejuvenated after restoration. Directions were also issued for upgrade of the revenue record of all village ponds. For both purposes, the Bench set a six-month deadline.

Speaking for the Bench, Justice Sharma asserted the catchment areas had also been encroached upon and untreated sewerage/sewage was permitted to flow in the ponds, affecting the fragile ecology of the area.

Justice Sharma added the modus operandi adopted by encroachers was that they filled up the ponds with soil before encroaching upon the area and raising construction on it.