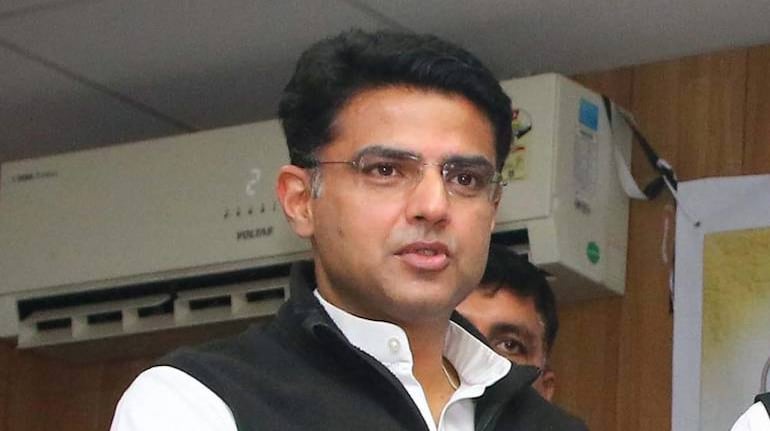 Former Rajasthan Deputy Chief Minister Sachin Pilot (he has been removed from his post) and the rebel MLAs supporting him, had moved the Rajasthan High Court today (July 16) on an urgent petition, challenging the notices issued by Rajasthan Assembly Speaker CP Joshi after the Ashok Gehlot government sought their disqualification.

Joshi had issued notices to Pilot and 18 other dissident Congress MLAs on Yesterday (July 15).

The matter has been deferred in the first hearing before the Single judge bench. (in afternoon today)

Senior Advocate Harish Salve appearing for Pilot submitted that the Speaker’s notice should be cancelled and should be declared illegal. He also asked for time to amend the petition. The court granted the time and adjourned the hearing.

It was argued on behalf of Pilot that the constitutional aspects have been chosen in the petition. Therefore, the matter should be listed for hearing before a two-member bench. Till then the matter stands deferred.

In the second round, the matter was taken up again on mentioning wherein Senior Counsel Harish Salve appearing for the petitioner submitted that they want to incorporate only one ground to challenge the constitutional validity of the provision of schedule 10 of the Constitution of India, which is necessary for proper adjudication of the case.

The said proposal vehemently opposed by the Senior Counsel Abhishek Manu Singhvi, Mr. MS Singhvi, Advocate General, Mr. Devadatt Kamat, Senior Counsel and Mr. Abhay Bhandari Senior Counsel appearing on behalf of respondents. They submitted the grounds which are proposed to be incorporated in the petition have already been held to be not tenable by the Hon’ble Supreme Court. Therefore, the application deserves to be dismissed on this count alone.

The Judge said, “the petition is at the initial stage. The petitioners have got right to incorporate relevant ground (s) available to them to challenge the impugned notice, whether the same would be finally found to be tenable or not.”

“the respondents will get ample opportunity to raise all objections including the objection raised today with regard to merits of the ground incorporated in the application. Therefore, without commenting on the merits of the grounds raised by the petitioners, but considering the same to be relevant for just decision of the present controversy and looking to the urgency involved in the matter the application is allowed. Accordingly, the petitioners may file the amended writ petition,” the court further added.

The Court said, “in view of proposed amendment, the matter will have to be heard by the Division bench of this court. Therefore, on filing of the amended writ petition, the same be placed before the Hon’ble the Chief Justice for formation of appropriate bench.” (order attached below)

In its complaint to the speaker, the Congress sought action against Pilot and the other ‘dissidents’ under paragraph 2(1)(a) of the Tenth Schedule of the Constitution. The provision disqualifies MLAs if they ‘voluntarily’ give up the membership of the party which they represent in house.

The petition by the rebel Congress leaders accused Joshi of acting under the influence of Gehlot. “I fear the Speaker would act as per Gehlot’s instruction, without giving us a fair hearing,” the original plea had added. Apart from Salve the other Senior Advocate in fray is Mukul Rohatgi.

As per the latest development, the two judge bench will hear the matter tomorrow on (July 17) at 1:00 PM. The speaker has issued a letter of assurance that disqualification proceedings against Sachin Pilot and other 18 MLAs shall be deferred till 5:00 PM tomorrow. “The terms of the notice dated 14/07/2020 shall remain the same. This is naturally without prejudice to the rights and contentions of the parties and for the convenience of the court hearing at 1:00PM on 17th July, 2020,” the letter reads. (attached below)