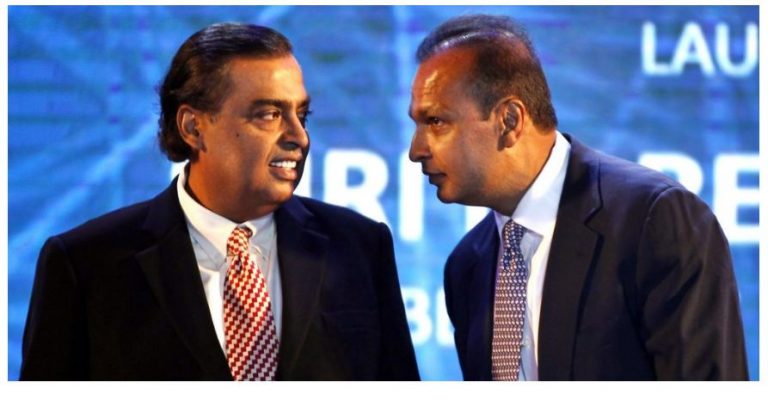 The Supreme Court on Friday allowed Anil Ambani owned Reliance Communications (RCom) to sell spectrum to Reliance Jio that is owned by his elder brother Mukesh Ambani but only after furnishing Rs 1400 Crore as corporate guarantee to the government  within two days.

The SC directed the Telecom Ministry to issue a no-objection certificate (NOC) for the proposed sale between the two companies by December 9, 2018. With this latest direction, RCom is now free to sell spectrum to Reliance Jio as a part of the Rs 18,000 crore transaction the two had signed.

Department of Telecom (DOT) had moved the SC challenging TDSAT order of October 1, 2018 rejecting the DOT demand of a bank guarantee of Rs 2900 crore.

Before the SC, DOT remained firm on its demand of a bank guarantee citing unpaid spectrum dues of RCom. DOT also refused the proposal by RCom to offer land worth Rs 1400 crore in Navi Mumbai as a security for the spectrum dues claimed by it.

RCom argued in the SC that it was unable to furnish bank guarantee, given that the company was already facing Insolvency and Bankruptcy Code proceedings at the National Company Law Tribunal.

The Centre had on 26 November approached the Supreme Court to reiterate its demand for Rs 2,940 crore in bank guarantees from RCom for its spectrum liabilities before clearing its proposed asset sale to Reliance Jio.

The Centre had approached the apex court to challenge the TDSAT order on 1 October that rejected the DoT plea seeking bank guarantees before approving the RCom-Jio deal.