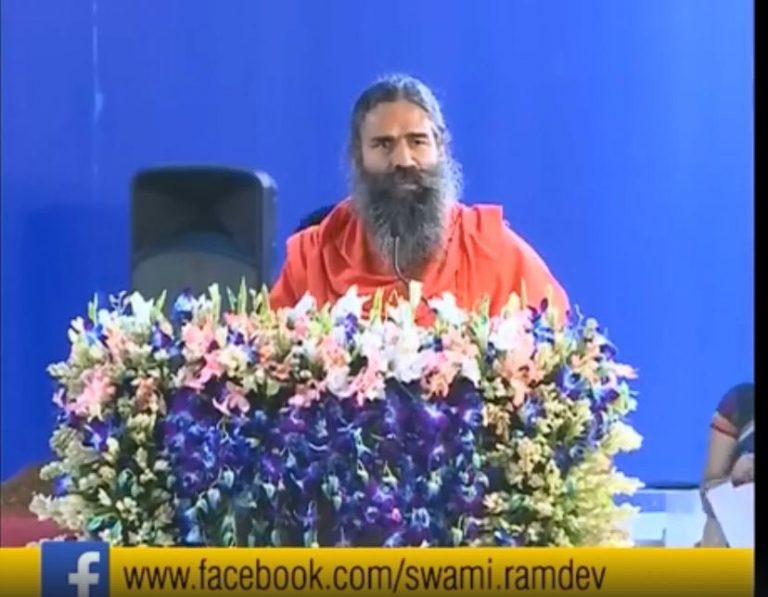 A little over a month after the Delhi High Court reaffirmed an earlier injunction on the publication, distribution and sale of the book, Godman to Tycoon, an unauthorised biography of Baba Ramdev, the Supreme Court has now issued the controversial yoga guru-turned-entrepreneur a notice on a plea that seeks to lift the ban.

The plea, filed by Juggernaut Books, publisher of Godman to Tycoon: The Untold Story of Baba Ramdev, was heard by an apex court bench of Justices Madan B Lokur and Deepak Gupta on Friday (November 30). Juggernaut Books has challenged the Delhi High Court’s order passed on September 29 which had upheld a trial court ordered ban on the publication and sale of the book authored by Priyanka Pathak-Narain and asserted that the right to reputation of a living individual cannot be “crucified at the altar of the right to freedom of speech and expression of another”.

It may be recalled that Ramdev had filed a petition in a trial court in Delhi demanding a ban on the publication and sale of the book stating that its contents were defamatory and would harm his reputation and economic interests. The trial court had passed an order in favour of the Patanjali brand promoter and an appeal against the decision, by Juggernaut Books, in the Delhi High Court had led to reaffirmation of the injunction.

Juggernaut Books, run by Chiki Sarkar, has maintained all along that the book is “a work of serious journalism” and was the “product of over 50 interviews, many of them taped, with key players in Baba Ramdev’s life, including with Ramdev himself and close aides and family members”. Additionally, the book contains a detailed 25-page note on sources that lists the interviews, articles, police reports and RTI replies that are the basis of each chapter.

Perhaps wary of the legal complications that the book, believed by many to be an explosive expose on the hugely polarizing yoga guru’s life, will get mired into, Juggernaut had reportedly submitted its manuscript for a detailed legal scrutiny prior to publication. The taped interviews had also been vetted by a forensic laboratory, Juggernaut has consistently maintained, to counter any possible allegations of doctoring the material to suit a certain narrative.

The Supreme Court will next hear the case in February.