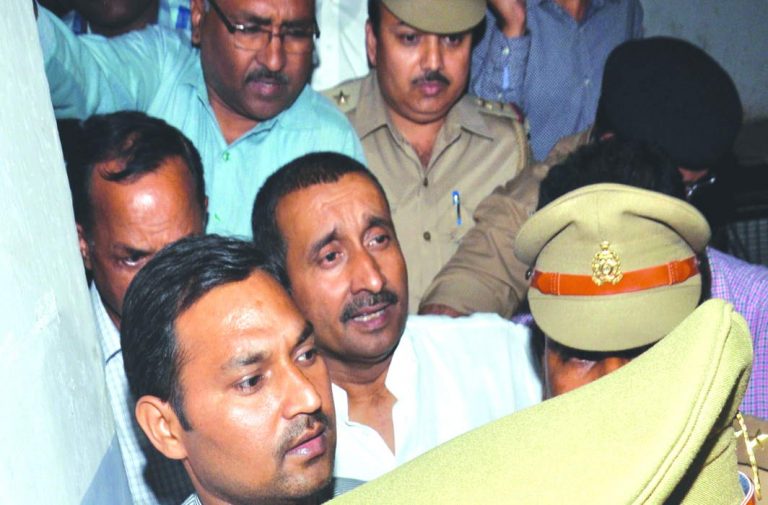 A Delhi court on Monday ordered that Unnao rape accused and Uttar Pradesh MLA Kuldeep Singh Sengar and his accomplice Shashi Singh be transferred from Lucknow jail to Tihar Jail. They have been ordered to be produced before the court again on August 7.

The duo who were brought to Delhi from Sitapur in Uttar Pradesh last night were produced before district judge at the Tis Hazari courts here. The court has also issued production warrants against the other accused in the case for their presence on August 6. The case was shifted to the Delhi court to allay fears that it will be misled by the political influence of the accused.

The case pertains to the rape of a minor girl allegedly by the lawmaker at his residence in Unnao on June 4, 2017, where she had gone to seek a job. He was lodged in Sitapur district jail in Uttar Pradesh. Sengar was expelled from the BJP last week. Accused Shashi Singh had allegedly lured the victims into going to Sengar’s house.

A few days earlier, Sengar and nine others were booked for murder by the CBI after the rape survivor and the advocate were injured when a truck hit their car in Rae Bareli. Her two aunts were killed in the accident. The rape survivor’s family alleged foul play.