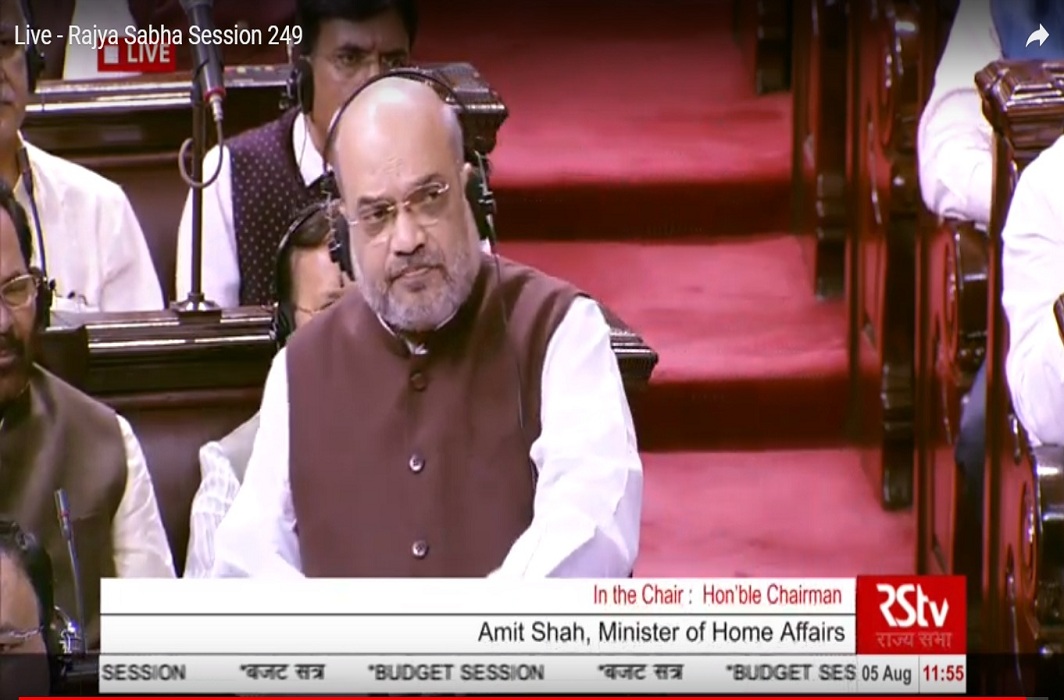 The major announcements were made in the Rajya Sabha by the Union Home Minister Amit Shah amidst uproar by the opposition parties, some of whose members strode into the well of the house. 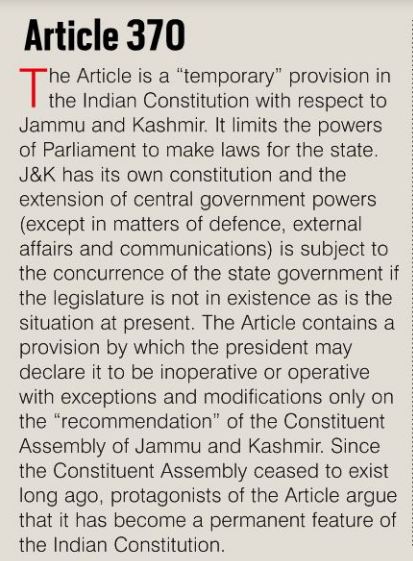 The announcements came even as the Kashmir valley was on the edge once again and unprecedented restrictions have been laid down in the state in the last 24 hours, as top leaders like Omar Abdullah, Mehbooba Mufti and Sajjad Lone are all under house arrest. Mobile internet services have been suspended and also broadband services has also been shutdown in the valley. Earlier in the day, Shah had met the Prime Minister Narendra Modi at around 8:30 am, an hour before the scheduled cabinet meeting.

Read the gazette notification below: 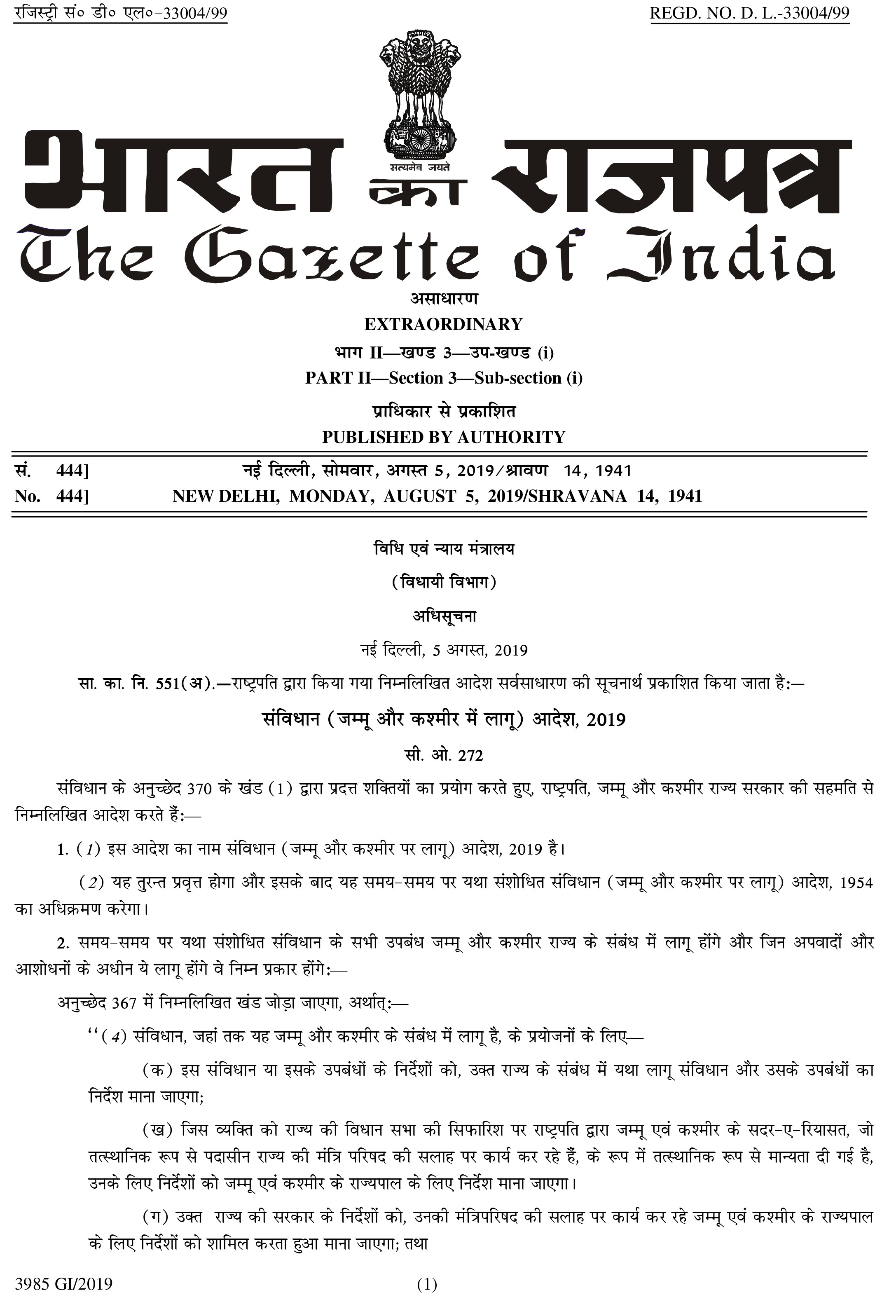 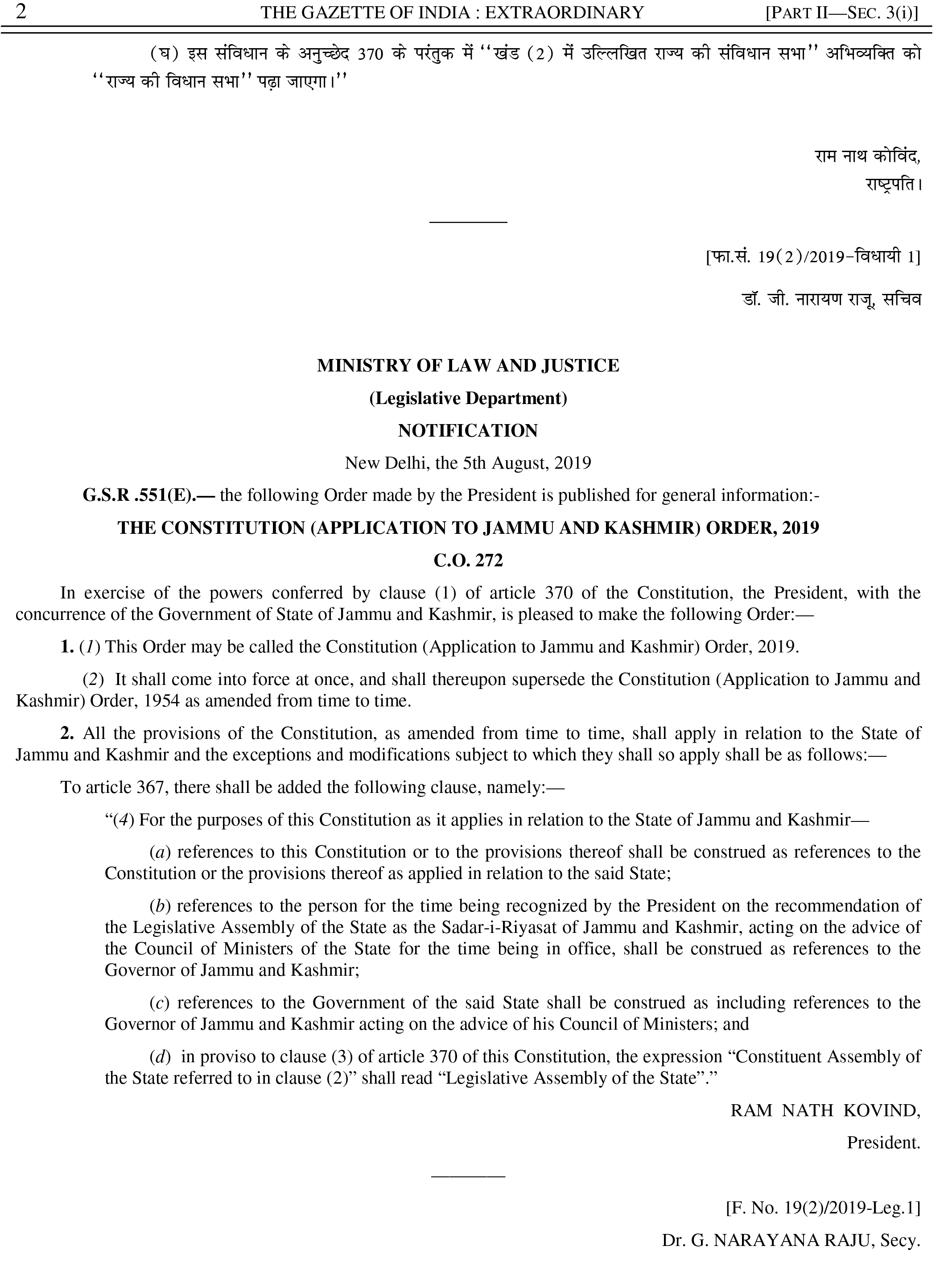