SC reserves order on the 2009 contempt proceedings against Prashant Bhushan 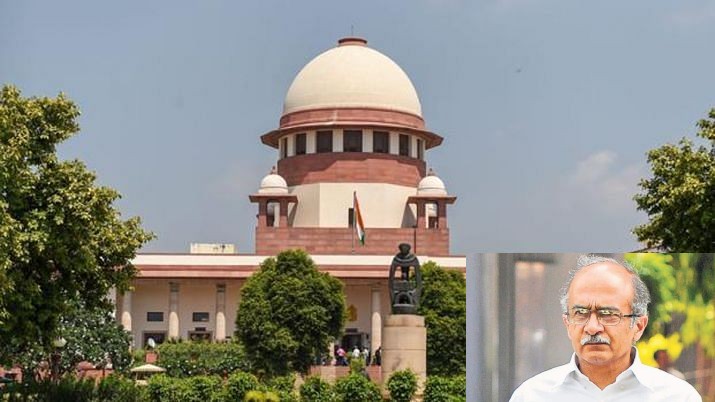 The Supreme Court today reserved its order on the 2009 contempt proceedings against advocate Prashant Bhushan.

In the course of today’s hearing the bench headed by Justice Arun Mishra asked Senior Advocate Rajeev Dhavan, who has been appointed amicus in the case, to suggest what should be done to save the grace of the system as well as bring an end to the present issue.

Dhavan suggested that one way was to accept the explanation offered by Bhushan earlier through Senior Advocate Ram Jethmalani, who was earlier representing Bhushan.

Thereafter, Justice Mishra was seen having a discussion with fellow judges and asked Dhavan to have a conversation with him over the issue in camera over telephone.

The hearing through video conferencing was muted for a while where Justice Mishra had a conversation with Dhavan over the phone.

Thereafter, the bench reserved its order on the issues – whether to accept apology/explanation and drop the proceedings; or, commence a full-fledged trial on contempt.

“We have heard learned counsel for the parties at some length. Explanation/apology submitted by Mr. Prashant Bhushan/ Respondent No.1 and Mr. Tarun Tejpal/Respondent No.2, have not been received so far. In case we do not accept the explanation/apology, we will hear the matter. We reserve the order,” said the Court.

The case has been filed by Senior Advocate Harish Salve.

The case has its genesis in a set of allegations by Bhushan against former Chief Justices SH Kapadia and KG Balakrishnan. Advocate Bhushan’s father and former Law Minister Shanti Bhushan had filed an application bringing on record the instances of corruption against six CJIs. This was produced in a sealed cover but not yet perused.