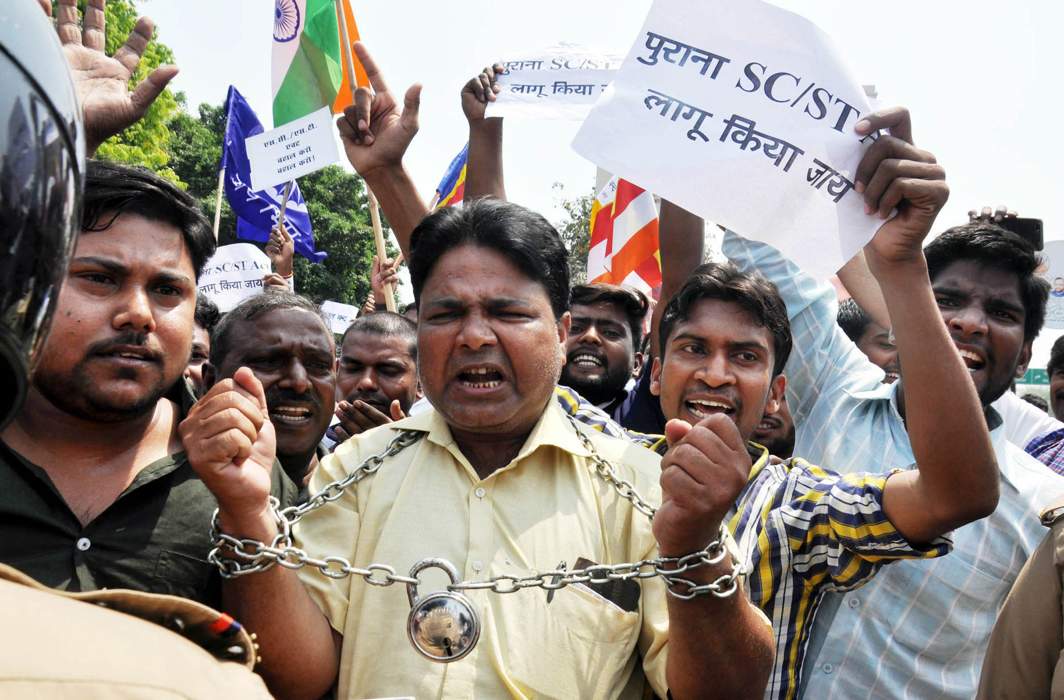 The Supreme Court on Monday upheld the constitutional validity of the Scheduled Castes & Scheduled Tribes (SC/ST) (Prevention of Atrocities) Amendment Act, 2018, that rules out preliminary inquiry for registration of FIRs and provision for anticipatory bail for a person accused of atrocities against SC/STs.

A bench led by Justice Arun Mishra, comprising Justices Vineet Saran and S Ravindra Bhat said that there is no need of any preliminary inquiry for lodging an FIR under the act.

SC recalls several provisions of its own order

On September 30, 2019, the SC had recalled several provisions of its order issued by division bench on March 20, 2018 which had diluted the provisions of SC/ST Act– banning immediate arrests of accused, FIRs not be lodged without preliminary inquiry and allowing provisions for anticipatory bail– while allowing the review petition filed by Centre.

A three-judge bench of Justices Arun Mishra, MR Shah and BR Gavai had delivered the interim order in the case Union of India v State of Maharashtra, saying that the directions issued by the Division Bench were not called for, and were not within the parameters of Article 142 of the Constitution of India.

The SC had further said the Constitution provides for protection of SC/ST people under Article 15 but they still face social abuse and discrimination. Dealing with the misuse of provisions of SC/ST Act and lodging of false cases, the bench said it was not because of the caste system but due to human failures.

Parliament passed a bill on August 9, 2018, moving amendments to the SC/ST (Prevention of Atrocities) Act overruling the Supreme Court judgment issued on March 20, 2018.

The March 20, 2018 judgment of the SC, had said that the court takes note of the rampant misuse of the stringent SC/ST Act against government servants and private individuals and said there would be no immediate arrest on any complaint filed under the law. It had said on “several occasions”, innocent citizens were being termed as accused and public servants deterred from performing their duties, which was never the intention of the legislature while enacting the Scheduled Castes and the Scheduled Tribes (Prevention of Atrocities) Act.

The division bench of SC had issued the following directives:

However, these provisions were recalled by the court its interim order on September 30, 2019.

The verdict had led to a massive outcry and protests by different SC/ST organisations across India after which Parliament passed the Scheduled Castes and the Scheduled Tribes (Prevention of Atrocities) Amendment Act, 2018, to neutralise the effects of the judgment.