SC No To Restoration Of 4G Internet In J&K, Sets Up Committee To Find Remedy 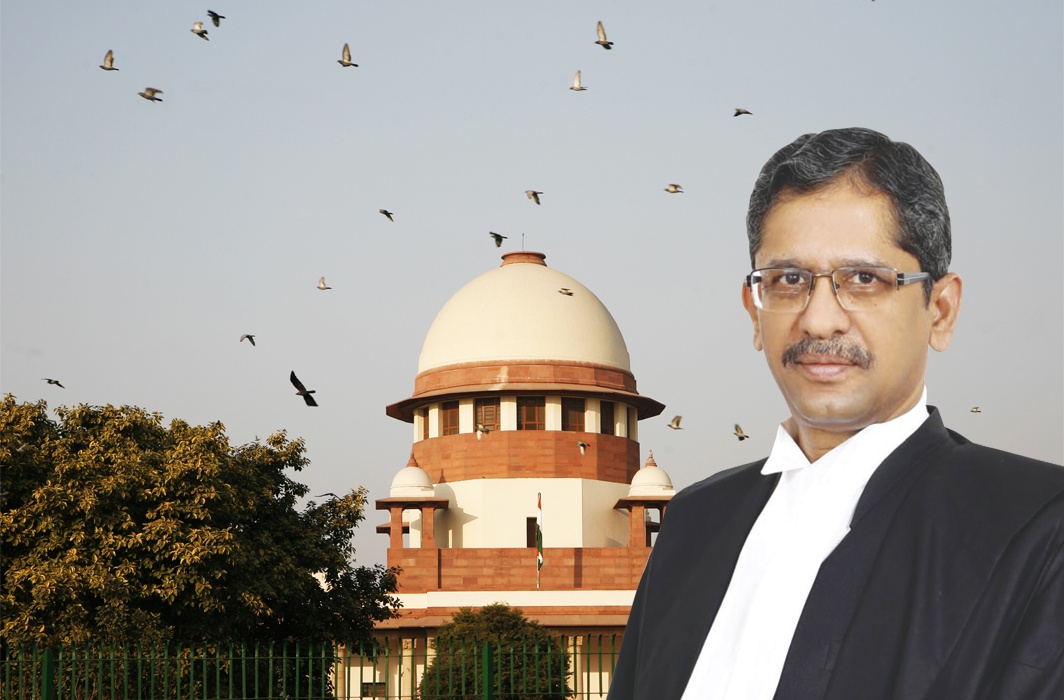 The Supreme Court on Monday refused to restore 4G internet in Jammu & Kashmir but ordered that a committee comprising of Secretaries from the Centre and Jammu and Kashmir administration look into the ground security situation and then take a call.

The three judge bench headed Justice N V Ramana and comprising Justices R Subhash Reddy and B R Gavai set up a committee comprising of the Secretaries at national, as well as State level to look into the prevailing circumstances and immediately determine the necessity of the continuation of the restrictions in the Union Territory of Jammu and Kashmir. The committee consists of

a. The Secretary, Ministry of Home Affairs (Home Secretary), Government of India.

c. The Chief Secretary, Union Territory of Jammu and Kashmir

The Special Committee shall be headed by the Secretary, Ministry of Home Affairs (Home Secretary), Government of India. “This court has to ensure that national security and human rights are balanced. We do recognize that UT has plunged into crisis. At the same time court is cognizant to the concerns related to ongoing pandemic and hardships,” said Justice NV Ramana.

“Special Committee is directed to examine the contentions made by Petitioners, as well as the appropriateness of their contentions and the alternative remedy,” said the SC bench and disposed off the plea.

The petitioners have argued that 4G speed was essential for healthcare, education and trade/business in the Union Territory during the pandemic. The Jammu and Kashmir administration had told the SC that right to access internet is not a fundamental right and the state has got authority to curb the freedom of speech and the right to trade through internet. The court had agreed that 4G was faster than 2G Internet though a balance would have to be struck between healthcare in the time of the pandemic and national security concerns in Jammu and Kashmir.

The Jammu and Kashmir administration made the claim while opposing restoration of 4G services in the Union Territory. During the hearing, the Jammu and Kashmir administration had informed the top court that the internet speed has been reduced in the Union Territory to protect the sovereignty, integrity and security of the country.

“It is submitted that the right to access internet is not a fundamental right and thus the type and breadth of access for exercising the right to freedom of speech and expression under Article 19(1)(a) and/or to carry on any trade or business under Article 19(1)(g) of the Constitution of India through the medium of internet can be curtailed,” an affidavit filed by the Jammu and Kashmir administration said.

The Court, vide its earlier judgment dated 10.01.2020 in Anuradha Bhasin v. Union of India, (2020) SCC Online SC 25, gave certain directions regarding the imposition of restrictions on the internet in a proportionate manner. The aforesaid case had, in addition to the procedural rules, supplemented the requirements of having timely review and the non-permanence of internet shutdown orders.

In the order the Court noted, The three Petitioners before us are aggrieved by the fact that Respondent No. 1 has restricted the mobile internet speed to 2G and have approached this Court seeking 4G mobile internet, and the quashing of the impugned orders restricting internet in the Union Territory of Jammu and Kashmir.

Broadly, the argument of the Petitioners is premised on the ground that in the existing COVID-19 situation, when there is a national 3 lockdown, the restrictions imposed on the residents of the entire Union Territory of Jammu and Kashmir impacts their right to health, right to education, right to business and right to freedom of speech and expression.

They submit that access to internet acquires even more importance under the prevailing circumstances in the country, relating to the pandemic. The Petitioners contended that the fulfillment of the right to health is dependent on the availability of effective and speedy internet in order to access medical services and information on containment strategies. The denial of such critical information not only violates the peoples’ right to receive information, but is also a denial of their right to health. Furthermore, the Petitioners contend that restrictions on internet speed directly impacts the students of Jammu and Kashmir to exercise their right to education as they are unable to access to e-learning services such as online video classes, and other online educational content. This not only impacts their continuing education, but also disadvantages the students of Jammu and Kashmir who are preparing for national/competitive exams. Petitioner in W.P. (C) D. No. 10817 of 2020, has appended the affidavits of a journalist who collected testimonies of doctors, teachers, students, journalists, lawyers and business persons from 4 the Union Territory, and of a technical expert narrating importance of 4G internet, to support the above submissions.

Moreover, the Petitioners have argued that the actions of Respondent No. 1 are violative of the directions laid down by this Court in Anuradha Bhasin (supra) as well as the Temporary Suspension of Telecom Services (Public Emergency or Public Safety) Rules, 2017 [“Telecom Suspension Rules”] as no Review Committee has been constituted by the Respondent No. 1. Further, the blanket orders passed by Respondent No. 1, indicates non-application of mind. Lastly, Respondent No. 1 has failed to provide any rational nexus between the restriction of the internet speed and national security. The Petitioners submitted that since the introduction of internet in the Union Territory of Jammu and Kashmir, the number of incidents relating to terrorism in the region have actually reduced. Lastly, the Petitioners pleaded in the alternative that if the Respondents apprehend the misuse of data services, then they could consider restricting the internet only in certain problematic areas or providing 3G/4G internet to certain regions on a trial basis.

The learned Attorney General preliminarily contended that Courts should not step into issues of national security which are best left to 5 those in charge of policy making [refer to Zamora, (1916) 2 AC 77 (PC)]. Further, the learned Attorney General relying on some judicial pronouncements submitted that the claims of fundamental rights have to be examined against the larger public interest of protecting the security of the State, wherein, while balancing the aforesaid conflicting rights, the security of the nation should triumph against the fundamental rights of the citizens. Moreover, in the prevailing circumstances wherein there is continuing insurgency in the region, the spreading of fake news to incite violence, etc., it would not be possible to provide full internet services to the region.

Learned Solicitor General vehemently opposed the petitions and argued that the authorities have strictly complied with the directions passed by this Court on the previous occasion, and that the relevant authorities are cognizant of not only the changing circumstances but also the ground realities. The information regarding COVID-19 available on various social media platforms, government websites, applications developed by Respondent No. 2 for disseminating information can be easily downloaded over the 2G internet. Moreover, no restrictions exist over fixed line internet. Advisories and documents relating to COVID-19 have already been accessed by over 1 lakh health professionals in the Union Territory of Jammu and Kashmir through fixed line internet. Further, to ensure effective 6 access to right to health, the Respondent No. 2 is broadcasting information through various radio channels and through satellite TV and local cable networks. 1.6 lakh pamphlets and 90,000 posters in English, Urdu and Hindi are being disseminated to the public. Wide publicity is also being given to various helpline numbers which have been established for COVID-19 related queries through print and electronic media. With respect to the right to education of the students of Jammu and Kashmir, lessons are being delivered on 16 DD channels at a national level, and through the radio. The department has also undertaken the distribution and delivery of textbooks, upto elementary level, to the eligible students at their homes.

Before parting with the submissions of the parties, it may be stated that Respondent No. 1 submitted an additional note dated May 06, 2020, after the hearing of the matter was concluded, wherein recent terrorist activities in the region, and the interest shown by the Pakistani military regarding the political developments in Kashmir, were highlighted. Petitioners in W.P. (C) D. No. 10817 of 2020 and W.P. (C) D. No. 10875 of 2020 filed responses to the same on May 07, 2020 and May 06, 2020 respectively. Although the Petitioners have objected to the note filed by the Respondent No. 1, taking into consideration the far-reaching consequences of the issues involved herein, we have considered the submissions of both parties, said Court.