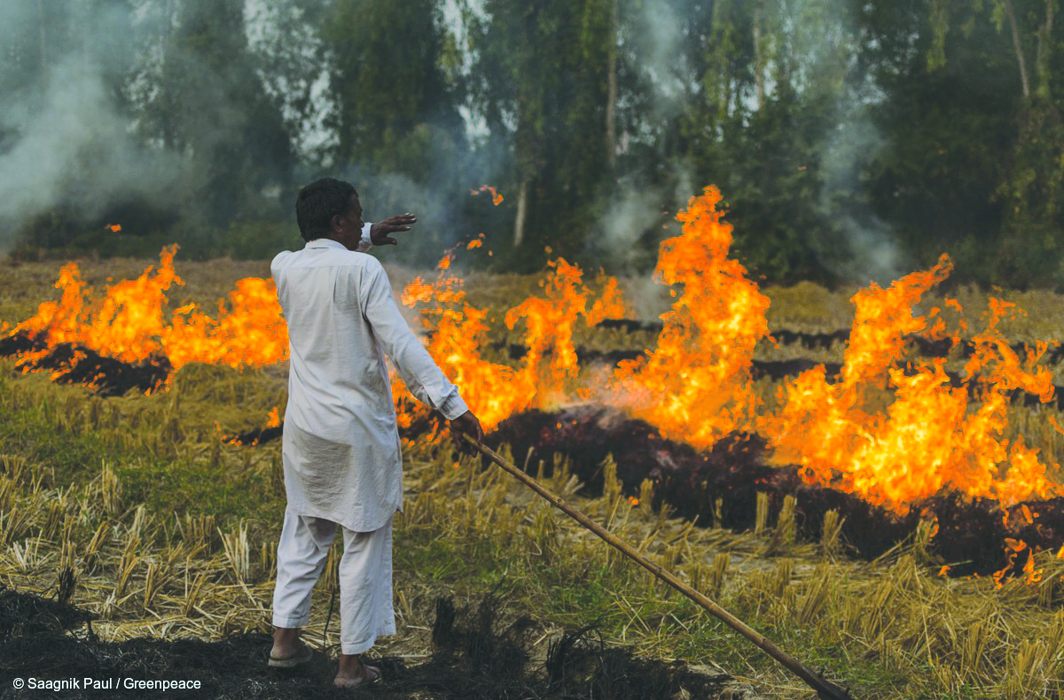 New Delhi (ILNS): Accepting the suggestion of Senior Advocate Vikas Singh, the Supreme Court today appointed former Supreme Court Judge, Justice Madan Lokur, to head a one-man committee to monitor the situation in Punjab Haryana and UP regarding the stubble burning issue. The committee’s mandate would be to prevent the problem from assuming unmanageable proportions.

The bench of Chief Justice S. A. Bobde, A. S. Bopanna and V. Ramasubramanian, was hearing a plea filed by class 12 student Aditya Dubey, seeking directions to the Punjab and Haryana governments to ban stubble burning against the backdrop of the ongoing COVID-19 pandemic. Stubble burning usually takes place between September and December every year.

The petitioner has contended that it is on record that stubble burning contributes almost 40 per cent of air pollution in Delhi. The bench had earlier issued notice on the plea.

Today Senior Counsel Vikas Singh, appearing for the petitioner, says that the state of Punjab filed an affidavit which says that the state has launched an android app to control the fires. He added that though the app has been in existence for a while, there have still been instances of fires.

Singh said that his prayer is for the constitution of a committee headed by Justice (Retd) Madan Lokur to look into the issue. The bench asked whether Singh has sought Justice Lokur’s consent and whether NCC in the states or MSF can be mobilised for the purpose. Singh submitted that NCC could be suitable. He said he will seek Justice Lokur’s consent once the Court passes an order.

The bench then asked the counsel for the state of Haryana whether NCC can be asked to resolve the issue and look into the matter of fires.

The states requested that the matter be taken up after the vacation, but Singh objected and said that the problem will aggravate in the meantime.

The bench asked the petitioner to implead the state of UP as a party respondent.

The bench asked what Justice Lokur should be asked to do in the issue. Singh said that Justice Lokur will be taking assistance of organisations and mobile teams will have to be constituted to find out stubble burning in different areas and decide what action can be taken.

In the meantime, Haryana and Punjab informed that several steps have been taken to prevent the instance of stubble burning. But Singh said that despite these measures the atmosphere is polluted in Delhi NCR.

He said that it was necessary that there must be some monitoring of stubble burning with a view to its prevention before it assumes huge proportions. That was when the bench accepted the suggestion of Vikas Singh and appointed Justice Madan Lokur as a one-man monitoring committee to look into how to prevent stubble burning in the states.

The bench directed the chief secretaries of the three states to assist Justice Lokur and enable physical surveillance of all the fields where stubble is likely to be burned and devise additional means and methods for preventing stubble burning.

The bench finds said it would be fitting if the NCC and NSS are deployed for assisting in the monitoring of stubble burning in the states.

The bench said that it trusts the authorities at the disposal of the Lokur Committee for this purpose. The bench directed that the teams already in existence in the state of Punjab and Haryana meant for preventing stubble burning shall take instructions from the Lokur Committee. The states shall provide adequate facilities to the committee for carrying out its job.

After the bench passed order, Solicitor General Tushar Mehta objected on appointment of the committee, but the bench said that the order has already been passed and at present the court’s motive is to prevent pollution in Delhi NCR

The matter has now been listed for October 26.

New Delhi (ILNS): The Supreme Court of India today sought response from all the High Courts on ‘Draft Rules Of Criminal Practice’ in a suo moto matter with regards to the inadequacies and inefficiencies in the criminal trial system.
Read more
Courts

The Supreme Court has dismissed a plea seeking the implementation of the three farm acts and framing strict guidelines against the agitation and procession by political parties.
Read more
India Legal
Did you find apk for android? You can find new Free Android Games and apps.