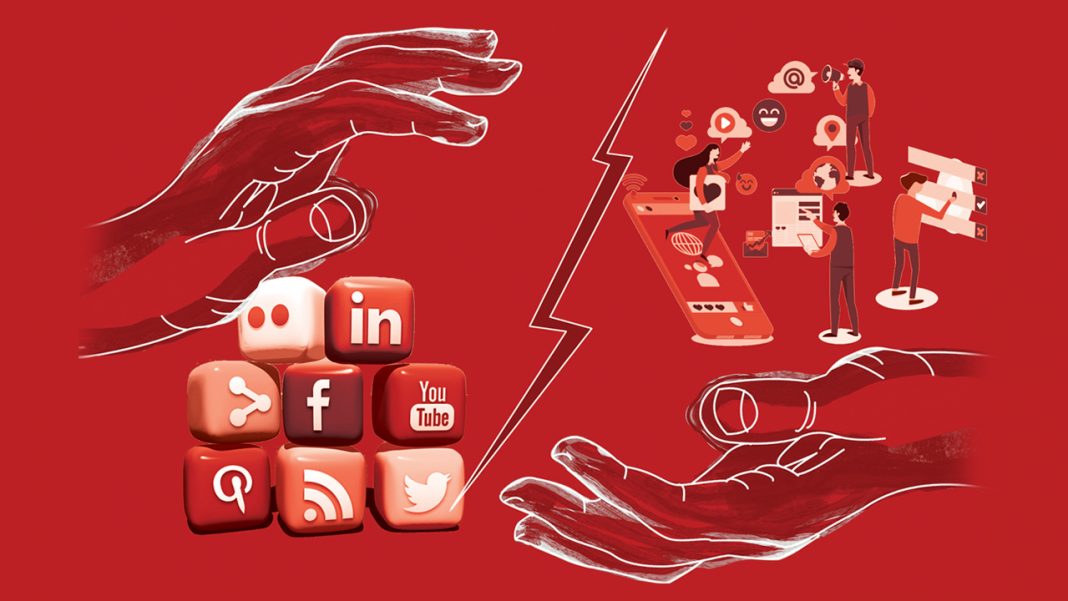 To relieve courts of cases relating to intermediaries, the government should have an elaborate grievance redressal process, starting with a designated ombudsman, mediation and later, adjudication.

In December 2018, the government introduced an amendment to the Intermediary Guidelines under Section 79 of the Information Technology Act, 2000 (ITA 2000). The new guidelines indicated the following changes:

(a) Periodical notice to be sent to users about the dos and don’ts and suspending the services if confirmation is not received.

(b) Providing assistance to a law enforcement agency within 72 hours when required to do so by a lawful order.

(c) Enabling tracing of the origin of the messages.

(d) Having an establishment in India (If the number of users is above a threshold point.)

(e) Removing objectionable content from public access within 24 hours on receipt of an order from a court or a competent agency of the government (Subject to retention for evidentiary purpose for a minimum of 180 days.)

Other regulations such as having a “Grievance Officer” and publishing his contact details on the website were continued. The government sought and collected public comments for the proposed amendments, but due to the stiff opposition from the industry, the guidelines were kept pending.

Recently, the discussions resurfaced in the Supreme Court when it heard a petition of N Govindacharya, where it was pointed out that the Minister of Electronics and Information Technology had given a statement in the Rajya Sabha on July 26, 2018, that appropriate measures would be initiated to regulate social media and it had failed to do so.

In view of this, the government assured the Court that several measures were under discussion and within three months, action would be initiated. Hence, the amendment is likely to be finalised and released in the Winter Session.

Out of the many issues that the draft amendment notification suggested, the key issue was that social media such as Facebook, Google, Twitter and messaging platforms such as WhatsApp should introduce a method to remove objectionable content through an effective content filtering mechanism on receipt of objections either from an individual, the law enforcement agency or a court.

Currently, as per the guidelines in operation, when there is a court order bringing to the notice of the intermediary that certain content needs to be removed, action should be taken within 24 hours. When, however, only a notice is received from the affected party, guidelines indicate that action should be initiated within 36 hours. But it did not elaborate what action needs to be initiated.

Some intermediaries had wrongly interpreted this guideline as requiring removal of the objected to content within 36 hours. But the guideline of 2011 also indicated that every intermediary shall publish the name of the “grievance officer” to redress any complaint within one month of receipt of the complaint. This indicated that there should be a published grievance redressal mechanism and hence, the provision that action be taken within 36 hours only meant that the process of initiating the grievance redressal commence within that period.

Experts have always suggested that there should be a proper means of alternative dispute resolution (ADR), preferably online dispute resolution (ODR), to resolve the grievances. The amendment to the intermediary guideline suggested in 2018 tried to provide clarity on what it should do when objectionable content is posted. As one of the requirements was a need for identifying the origin of a message, the platform could immediately flag the content as “Objected To” and initiate action for resolution as soon as possible.

Read Also: All that you must know about the Consumer Protection Act, 2019

There were suggestions in some quarters that a robust identification mechanism such as an Aadhaar based identity could be considered to verify the users of a platform, which obviously raised some concerns by privacy activists.

While the government developed cold feet on the notification and kept it on the back burner, it brought in a rule in the proposed Personal Data Protection Act that an option should be provided by the social media intermediaries to users to voluntarily identify themselves and demand publication of their “verified/ identified” status on the messages. This being a voluntary request by the user, it does not infringe on privacy. While this could not by itself eliminate fake social media accounts and fake messages, it would at least ensure that a neutral observer can check the credibility of the person posting the message.

The affidavit filed by the government in the Supreme Court indicates that this time it may elaborate the “grievance redressal mechanism” and suggest some guidelines.

While the guidelines can suggest measures such as designating an ombudsman, carrying out mediation or even arbitration, there is a possibility that the government may think of an out of the box solution for “self-regulation”, taking a cue from the dispute resolution policy used in resolving domain name disputes, as has been suggested by some organisations in their comments on the guideline.

It is well-known that Internet Corporation for Assigned Names and Numbers, an American organisation, uses a “uniform dispute resolution policy” which is contractually agreed to by a registrant with the accredited registrar at the time of registration of any domain name. Subsequently, if a dispute arises, there would be arbitration centres like the World Intellectual Property Organisation to resolve the disputes based on the pre-agreed dispute resolution policy.

A similar approach has been suggested for resolution of “content related disputes arising between a user and a social media intermediary”, particularly when the objection has been raised by a member of the public claiming to have been adversely affected by the message. Without the intermediary standing in judgement whether the content is objectionable or not, it is possible for the dispute to be referred to an om­budsman/mediator/arbitrator as agreed to by the user in the “Intermediary Dispute Resolution Policy”.

This system can work, whether the objecting party is an individual, the government or even the intermediary itself, and will relieve courts from standing in judgment over every such dispute. If the government decides to elaborate the grievance redressal process, it could consider suggesting a model “Intermediary Dispute Resolution Policy” which will be part of the user agreement.

The policy should provide that in case of a dispute, a resolution mechanism would be used, which will contain a  layered resolution approach, starting with a reference to a designated “Om­budsman”, then a “Mediation” and later on an “Adjudication” as per the Indian Arbitration Act. Even if the government does not set out the details of such a grievance redressal mechanism, it would be a good business practice that may constitute due diligence un­der Section 79 of ITA 2000 and may get the respect of the court.

These types of practices are already being practised by some, along with the use of online dispute resolution services. Private services such as odrglobal.in are already available for such purposes. What the government could now think of are measures like “Accredited ODR Centres” that can undertake such grievance redressal. The government may also consider setting up one or more approved ODR centres which the intermediaries can use, and also allow larger intermediaries to set up their own ODR centres.

If the government considers such an option to develop “Self-Regulatory Dispute Resolution Policies” to be part of the contractual agreement and support it with accredited ODR mechanisms, then a new chapter would be written in the regulation of intermediaries in India. It is a moot point, however, whether the government will be bold enough to look at such out of the box suggestions or continue to drag its feet with half-hearted attempts of releasing a notification which may get stuck in a stay order from the court.