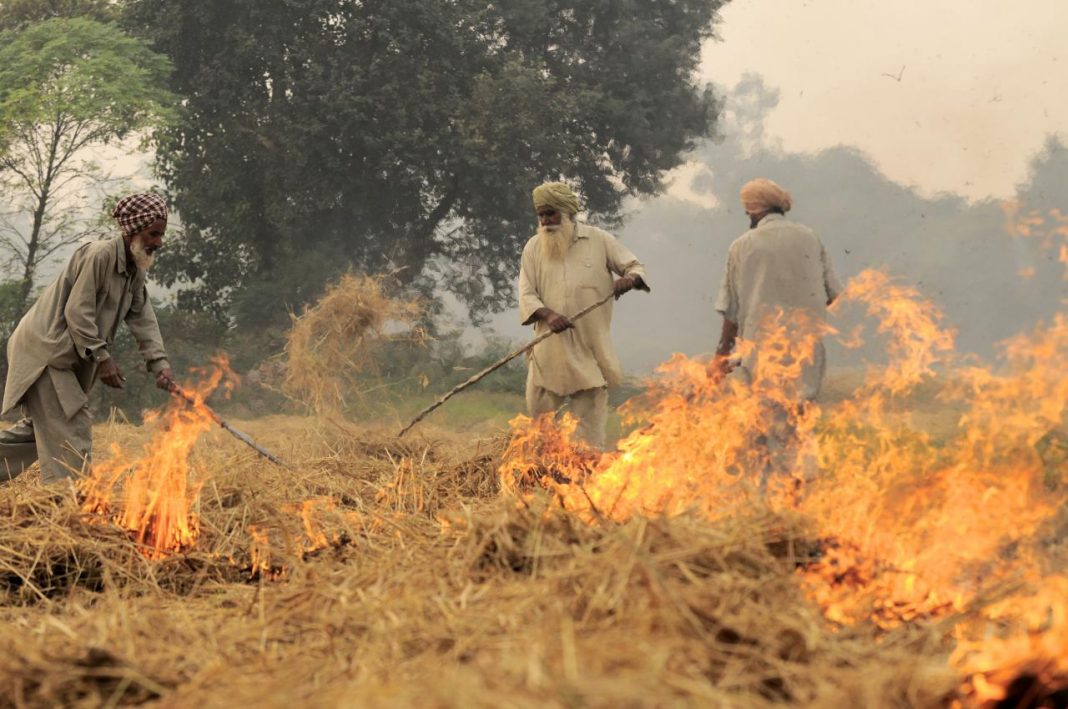 New Delhi (ILNS): The Supreme Court of India today has kept in abeyance its October 16 order appointing Justice Madan B. Lokur as head of a one-man committee to monitor/prevent stubble burning in Uttar Pradesh, Haryana, and Punjab.

Stubble burning is a major cause of pollution in the Delhi NCR region.

A three-judge bench of Chief Justice S. A. Bobde, Justice A. S. Bopanna and Justice V. Ramasubramanian, while hearing the plea through video conferencing, noted that: “People are choking because of the pollution. The government should have taken the step itself without a PIL being filed on the issue.”

The petition has been filed by Aditya Dubey, a class 12 student seeking direction to the Punjab and Haryana governments to ban stubble burning, which usually takes place between September and December every year, against the backdrop of the ongoing COVID-19 pandemic.

Solicitor General Tushar Mehta appearing for the Central Government submitted that making of a comprehensive legislation with regard to the issue is a welcome step and is being considered by the Centre.

Mehta seeking abeyance of the last order of the Court stated that the way in which the legislation would be modified would depend on this order.

Whereas, the bench noted that the Central government has proposed legislation to tackle the problem highlighted in the PIL, hence, the measures adopted by the court shall be kept in abeyance.

The bench will hear the matter next on October 29.