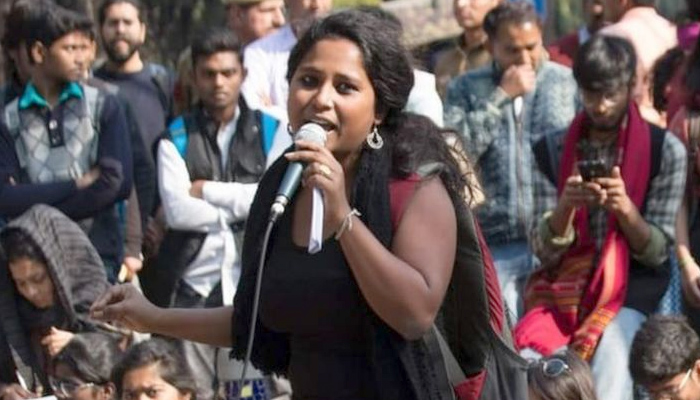 A three-judge bench comprising Justice Ashok Bhushan, Justice R. Subhash Reddy, and Justice M. R. Shah while hearing the plea through video-conferencing said that “it is only a bail…she is not going to run away.”

A special leave petition has been filed by the Delhi Police on the grounds that the High Court has not considered relevant aspect and has granted bail relying upon irrelevant factors.

While granting bail, the High Court had directed Kalita that she will not directly or indirectly influence any witness or tamper with the evidence and not leave the country without permission of the trial court.

Kalita and another member of the group, Natasha Narwal, were arrested in the case in May by the Crime Branch of the Delhi Police and were booked under various sections of the Indian Penal Code. In all, four cases have been registered against her, including in relation to the northeast Delhi riots and violence in old Delhi’s Daryaganj area during protests against the Citizenship Amendment Act (CAA) in December last year.

S.V. Raju, Additional Solicitor General of India, appearing for Delhi Police, submitted that Devenagana is an influential person and she may influence witnesses and tamper evidence.

However, the bench stated that this cannot be a ground for denying bail to a person. The Court dismissed the plea stating that we are not inclined to interfere with the order of the high court.

Read Also: Approach To Be Adopted By Our Courts Under Narcotic Drugs and Psychotropic Substances (NDPS Act) Act, 1985