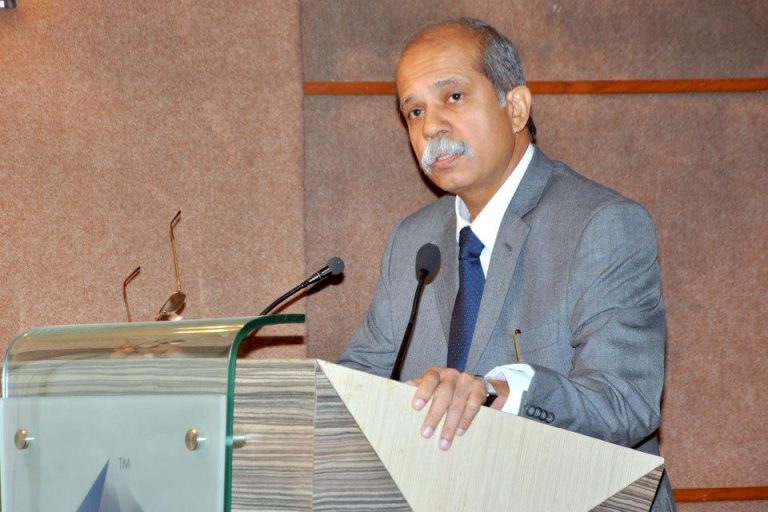 Above: Justice Akil Kureshi of the Gujarat High Court was given the transfer order

In a rare show of solidarity over the transfer of Justice Akil Kureshi to Bombay High Court, the Bar in the state went on strike and relented only after meeting Chief Justice Ranjan Gogoi

Rarely has the transfer of a High Court judge created the sort of upsurge witnessed when Justice Akil Kureshi of the Gujarat High Court was moved to the Bombay High Court. The Bar struck work and, in one voice, urged the apex court to reconsider its decision. It relented only after a meeting with Chief Justice Ranjan Gogoi.

On October 29, the Supreme Court Collegium had recommended the transfer of Justice Kureshi, the second seniormost judge of the Gujarat High Court, to Bombay. It also recommended the elevation of Gujarat High Court Chief Justice R Subhash Reddy as a Supreme Court judge. Ideally, after Justice Reddy’s promotion, Justice Kureshi should have been made acting chief justice. But, on November 1, the centre issued a notification appointing Justice A Dave to this post and asked Justice Kureshi to take charge in Mumbai on or before November 15.

On November 2, the government issued a fresh notification, “in supersession” of the earlier one, and appointed Justice Kureshi to perform the duties of the chief justice of the Gujarat High Court till his transfer. So, in effect, Justice Kureshi was acting chief justice for a very short time.

This reportedly came about after the CJI took up the matter with the government. On November 3, in an interaction with the media in the Supreme Court press lounge, Chief Justice Gogoi admitted to the “mistake” and said that it has been “corrected”. “Mistakes do happen,” he said.

No sooner was it known that Justice Kureshi was transferred to Mumbai than speculation was rife in legal circles that the move was by the government to prevent him from taking over as the acting chief justice of the Gujarat High Court. The Gujarat High Court Advo­cates Association (GHCAA) called a meet­ing immediately after the news of his transfer on November 1 and passed a unanimous decision stating that it found no reason to justify his transfer from seniormost puisne judge of the Gujarat High Court to number five in the Bombay High Court “ostensibly in the interest of better administration of justice”. The resolution said that the “Bar believes that such a transfer is unjustified and has no connection with better administration of justice. On the contrary, it impinges on the independence of the judiciary. It also resolved to deprecate and condemn the transfer”.

Not only did it then decide to strike work indefinitely, but it decided to challenge the transfer through a writ petition. Yatin Oza, president of GHCAA, told India Legal: “The urgent meeting saw a record attendance and it was felt that injustice had been done to a judge of immaculate professional credentials.”

Twenty senior advocates of the Gujarat High Court in a letter made a plea “with a feeling of deep anguish and dismay” to the five-member Supreme Court Collegium to reconsider the transfer decision. The letter stated that Justice Kureshi was currently the seniormost judge of the Gujarat High Court after Justice MR Shah was recommended for elevation to the Supreme Court and Justice KS Jhaveri who is currently the chief justice of the Orissa High Court.

“Justice Kureshi is one of the finest judges of the High Court and is respected by all for his intellect as well as for his dignified conduct both on and off the Bench…even a brief look at his judgments would make it apparent that he decides without fear or favour, as indeed every judge must.” The letter points out that there were whispers going around for quite some time that Justice Kureshi would be sidelined because many of his judgments did not find favour with the present dispensation. “The sudden transfer of a senior judge, otherwise in line for appointment as acting chief justice of our court to puisne judge at number 5 in seniority in another court, sends an absolutely wrong signal, affects the morale of independent judges and does great disservice to the institution,” the letter said.

It reiterated that in the past, the country has witnessed attempts by an assertive Executive to subvert and overwhelm the Judiciary as it was the only institution which could rein in the former’s misuse of power. “An individual judge wages a lonely battle at great sacrifice and risk. If at times like these, the institution does not stand behind a judge as his or her pillar of strength and lend support, it would be failing in its constitutional duty at a crucial moment in our country’s history,” it stated.

The GHCAA president, who along with his office-bearers called on Chief Justice Gogoi and had more than an hour’s meeting, refused to divulge the details, but said that their decision to postpone their strike should be indicative enough. “The meeting was constructive,” he added.

Lawyers, across the board, have nothing but praise for Justice Kureshi. “Even as a lawyer, soft-spoken Justice Kureshi’s integrity was above board. He is a rock-solid judicial person. It has never mattered to him who a person is, whether you are the juniormost or the seniormost. He is a judge of meticulous credentials, unimpeachable integrity and unassailable grace,” said legal luminary Krishnakant Vakharia. Another legal veteran Sudhir Nanavaty too had nothing but praise for him.

Senior advocate and former president of the Supreme Court Bar Association Dushyant Dave termed the transfer of Justice Kureshi as the last straw on the camel’s back and voiced concern about whether the Judiciary could recover from this move to assert its strong independence and impartiality, at least in Gujarat. “One really wishes that the Collegium, especially of the extraordinary calibre as at present, would venture to cross-check the input or materials that concerned authorities may have placed before it from independent sources, especially members of the Bar and former Supreme Court judges who came from Gujarat High Court,” he stated.

Oza said that Justice Kureshi was being penalised by the present government for his judicial pronouncements. These pertained to the Lokayukta case in which he had ruled against the Narendra Modi-led Gujarat government by upholding the decision of the governor in appointing retired Gujarat High Court judge RA Mehta to the post and for his decision to send Amit Shah, now BJP president, to judicial custody in the Sohrabuddin alleged fake encounter case. “The Lokayukta order of the Gujarat High Court was subsequently upheld by the Supreme Court,” he said. Numerous other lawyers echo this line of thought.

On his part, Justice Kureshi remains unperturbed. He has shunned all media efforts to seek his views and dutifully taken up his new charge in Mumbai. The highly respected judicial officer has a Gandhian legacy. His grandfather, Abdul Kadir Bawazeer, was a close friend and lifelong associate of Mahatma Gandhi and came to India along with him from South Africa. His father, Hamid Kureshi, was born in Sabarmati Ashram and played in the lap of the Mahatma. He was a Gujarat High Court advocate and was head of the Sabarmati Ashram Preservation and Memorial Trust. He passed away in 2016. In keeping with his last wishes, he was cremated as he did not desire to waste space which would have been taken up by a ritual burial.

With such an illustrious legacy, it is no wonder that Justice Kureshi too has made a mark in his field.