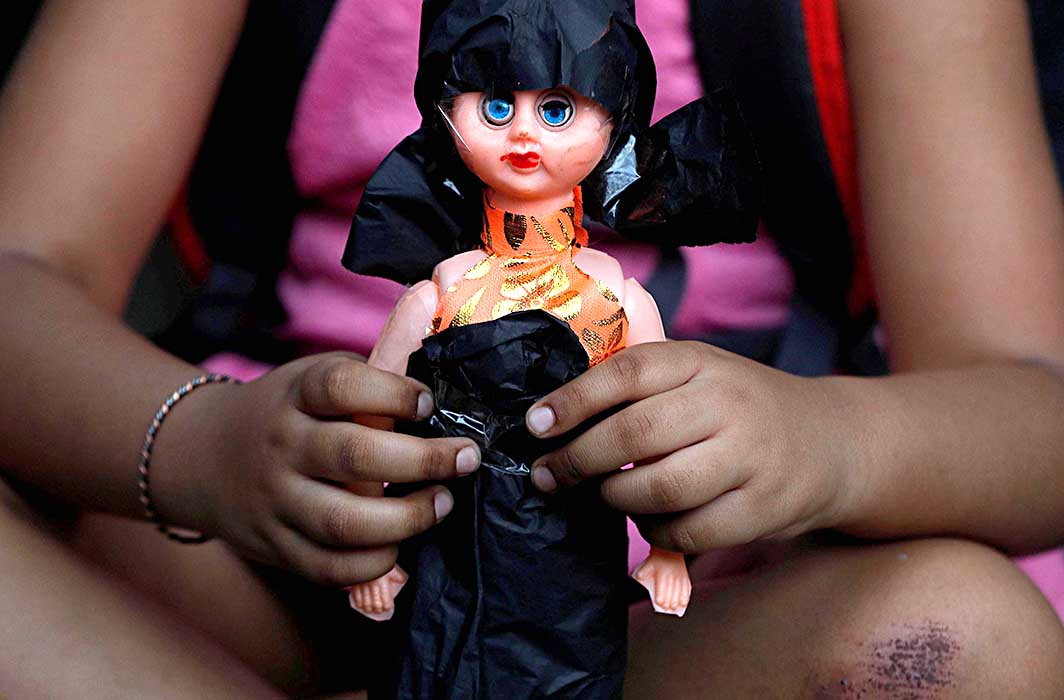 A Delhi court today awarded 20 years of imprisonment to two men – Manoj Shah and Pradeep Kumar for raping a five-year old in Delhi’s Gandhi Nagar in April 2013. On January 18, the two were convicted of gang-rape and torturing the minor with foreign objects.

The court has also directed them to pay Rs 11 lakh as compensation to the victim.

The two men had raped the girl in April 2013. After brutalising her with a piece of candle and a hair oil bottle, the duo escaped believing her to be dead. The child was rescued 40 hours later.

Manoj and Pradeep were separately arrested from Muzaffarpur and Darbhanga in Bihar respectively in 2013.

Manoj hit some reporters while he was being taken out of the courtroom.

While in the 2012 Nirbhaya case, a trial court had convicted and sentenced the four convicts to death within 10 months, it took over six years, seven judges and 57 prosecution witnesses to complete the trial in this case.

“Though the trial should have been completed in two years, we are happy we got justice after six years,” the father of the girl said after the verdict.

The charge sheet was filed by the Delhi police on May 24, 2013 and charges were framed against the two by the court on July 11 the same year, but it took more than five years to record the statements of 57 prosecution witnesses in a Protection of Children against Sexual Offences (POCSO) court.

The proceedings got delayed after Pradeep approached the trial court in 2014 claiming he was a juvenile at the time of his arrest.

The trial court took three years to declare he was juvenile and transferred the case to Juvenile Justice Board (JJB) in April 2017. He was granted bail in June.

The mother of the rape survivor challenged the trial court’s order in the Delhi High Court, which declared in 2018 that Pradeep was not a juvenile and sent him to trial before the sessions court.

Then it took another year for the POCSO court to record the statements of the two. The prosecution and the defence counsel completed their final arguments in December last year.

The court had charged the duo of raping a minor, unnatural offence, kidnapping, attempt to murder, destruction of evidence and wrongful confinement with common intention.

It had also framed charges of aggravated sexual assault under the POCSO Act which entails a maximum punishment of life term.