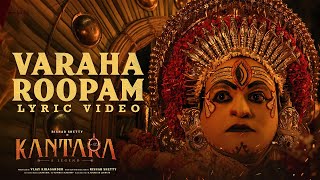 The Kerala High Court has put a stay in an order of the Kozhikode District Court which had returned a suit filed over alleged copyright infringement by music band, Thaikkudam Bridge against the producer of the ‘Kantara’ movie, Hombale Films for the use of “Varaha Roopam” song in the movie.

The blockbuster by Rishab Shetty which was released on September 30, 2022, in Kannada named Kantara, and its music composer B Ajaneeshh Loknath post release faced allegations of copyright infringement around the song ‘Varaha Roopam’.

Thaikkudam Bridge alleged that the song was a rip-off of one of its songs ‘Navarasam’, released over five years ago.

The band started using the social media and started its listeners that Thaikkudam Bridge was in no way or form affiliated with the film and that they would be initiating legal action.

A suit was then filed before the Kozhikode District court.

At the same time  another suit was filed by the Mathrubhumi Printing and Publishing Company Ltd, which is the copyright holder of “Navarasam”  before Palakkad District court.

Both the courts of Palakkad  District Court and the Kozhikode District Court passed temporary injunction orders restraining the makers of the movie from using the song “Varaha Roopam” on streaming platforms and in movie theatres.

On November24, the plea by Hombale Films was dismissed by the Kerala High Court against ad-interim injunction orders passed by the two District Courts against the use of the song in the movie.

The  Kozhikode District Court in the mean time  had ruled that the suit by Thaikkudam Bridge was not maintainable.

This led to the present plea by Thaikkudam Bridge before the High Court.