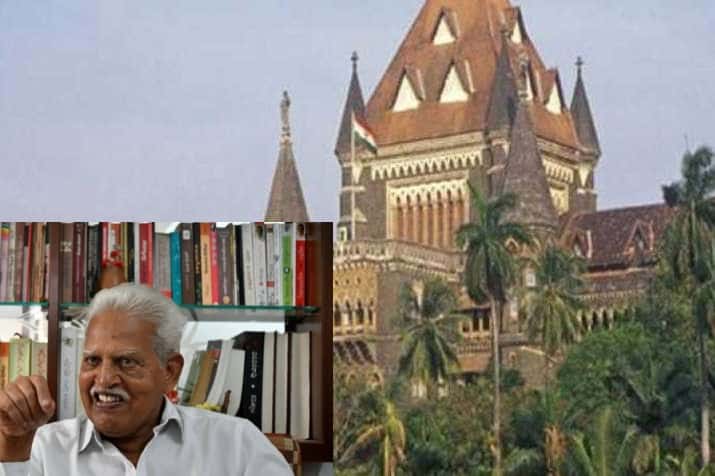 Poet and activist Varavara Rao, an accused in the Elgar Parishad- Maoist links case, approached the Bombay High Court yesterday (July 13), seeking temporary bail, owing to his deteriorating health and because of the prevailing COVID-19 pandemic.

The 81-year-old activist also sought a direction from the court to the prison authorities to produce his medical records.

The court is expected to take this up at an urgent hearing this week.

Incidentally, the activist’s deteriorating health had forced the authorities to shift him, again to the Sir JJ Hospital. Rao’s family, along with several writers and activists, had appealed to the Maharashtra government to immediately shift the ailing revolutionary.

According to media reports, Dr Ranjeet Mankeshwar, Dean of the hospital, has confirmed that Rao has been brought to the hospital and the doctors are evaluating his health.

Rao family received a phone call from him and he seemed to be in a state of delirium and hallucination. His wife said Rao was talking about the funeral of his father and mother, events that happened decades ago. His wife said: “His co-prisoner took the phone from him and informed us that he is not able to walk, go to the toilet and brush his teeth on his own.”

Earlier in the day Jitendra Awhad, NCP minister in Maharashtra, had also demanded that Rao be shifted to a hospital. Earlier Rao had been shifted to the same hospital, but later was discharged and the jail authorities in Taloja refused to admit that Rao was unwell and that he needed urgent medical help.

Yesterday, Rao’s counsel R Satyanarayan Iyer filed two petitions in court, one challenging a June 26 order passed by the special NIA court rejecting his bail plea and the second seeking a direction to the authorities of Taloja jail in Navi Mumbai to produce his medical records post June 2, when he was discharged from the state-run JJ Hospital.

The second petition alleges the the jail superintendent had not conducted tests on Rao, as suggested by the JJ Hospital, and hence action should be initiated against the errant officers of the jail.

Did you find apk for android? You can find new Free Android Games and apps.
Share
Facebook
Twitter
Pinterest
WhatsApp
Previous articleSuspension of physical functioning of Delhi HC extended till July 31
Next articleJawahar Bagh deaths: Plea in SC to ask CBI to complete investigation in 2 months