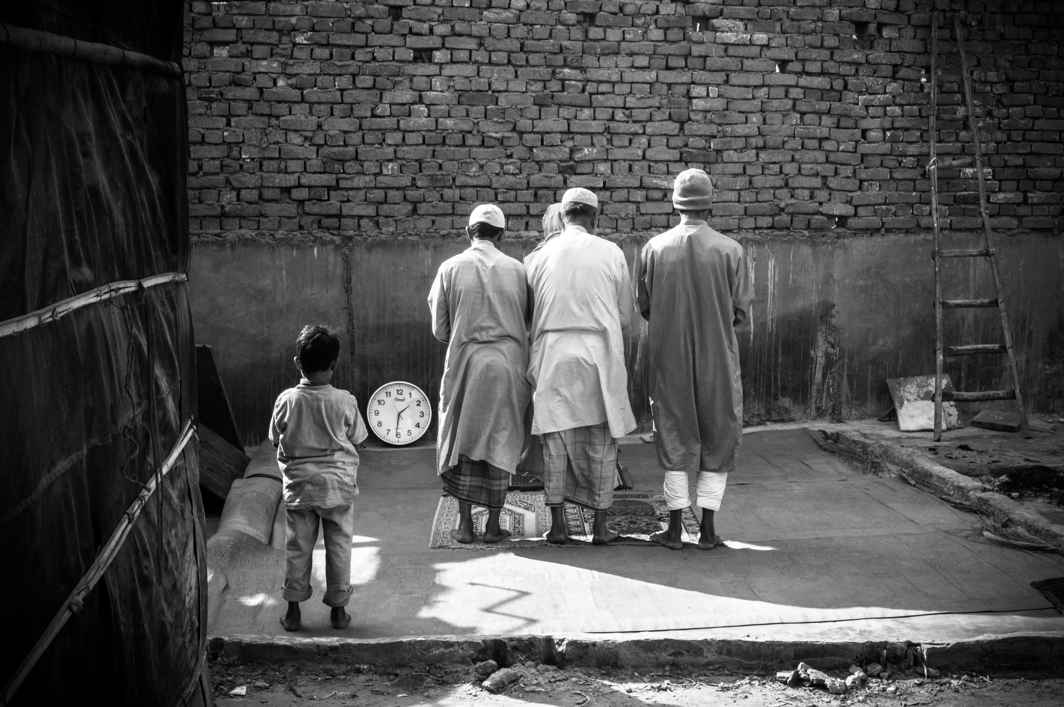 Rohingyas in India used to be given Long Term Visas (LTVs) in 2012 (valid till 2015), but this has been discontinued. On the contrary, the government is granting special facilities to other religious communities from Afghanistan, Bangladesh and Pakistan who are staying in India on LTV

As the problem of the forced Rohingya exodus increases, so does the criticism of Myanmar’s
de facto leader and Noble Peace Prize recipient Aung San Suu Kyi. She has not only been unable to stop the fleeing of these persecuted people, she has been rather timid in her comments, having said that the situation is being twisted by a “huge iceberg of misinformation”.

“We make sure that all the people in our country are entitled to protection of their rights as well as, the right to, not just political but social and humanitarian defence,” she reportedly told Turkish President Recep Tayyip Erdogan during a phone call on September 5.

“For years I had a photograph of you on my desk to remind me of the injustice and sacrifice you endured out of your love and commitment for Myanmar’s people. You symbolised righteousness.

“Your emergence into public life allayed our concerns about violence being perpetrated against members of the Rohingya. But what some have called ‘ethnic cleansing’ and others ‘a slow genocide’ has persisted – and recently accelerated.

“It is incongruous for a symbol of righteousness to lead such a country. If the political price of your ascension to the highest office in Myanmar is your silence, the price is surely too steep,” wrote Desmond Tutu in the letter to Suu Kyi.

And, amid this hue and cry, Suu Kyi has decided not to attend the United Nations General Assembly this year. The Assembly is expected to discuss the Rohingya crisis in its session from September 19 to 25. Instead, Suu Kyi is expected to speak over a televised address on September 19.

The UN Security Council, after its meeting on September 13, issued its first statement on Myanmar in nine years. It has publicly condemned the violence and exhorted Myanmar to end its campaign against Rohingyas. The 15-member Council held its meeting behind closed doors at the request of Sweden and Britain.

The United Nations Human Rights Commissioner chief Zeid Ra’ad Al Hussein called the Myanmar situation a textbook example of ethnic cleansing and also criticised India for its plan to deport Rohingyas at a time of violence in their country.

However, the Indian government is rather stiff towards UNHCR and its refugee undertakings in the country. Union Minister of State for Home Affairs Kiren Rijiju had earlier clarified that all illegal immigrants would be deported including the ones who have been issued ID cards by the UNHCR. There are 16,500 UN identified Rohingya refugees in India.

UNHCR told India Legal: “UNHCR is aware of the media articles reporting on the government’s plan to deport Rohingyas. UNHCR has not received any official communication from the government in this regard and there are no reported instances of deportations of UNHCR registered Rohingyas from India.”

Apart from being criticised by the UNHCR, India is also upsetting its immediate neighbours with its pro-Myanmar stand. According to reports, it was Bangladesh which was the reason behind India’s changed stance on the Rohingya refugee crisis. After Bangladesh High Commissioner Syed Muazzem Ali met India’s Foreign Secretary S Jaishankar, the Ministry of External Affairs released a statement declaring its concern over the situation in Rakhine and over the outflow of refugees from that region.

On the other hand, the protests inside the country against and in support of the Rohingyas have intensified further. On September 13, hundreds protested outside the Myanmar embassy in Chanakyapuri, Delhi against the government’s decision. The civil society along with human rights activists joined the Rohingyas in this protest. RJD spokesperson Manoj Jha and AISA student activist Shehla Rashid also joined the protest. Before this, the Rohingyas along with other Indians had protested at Jantar Mantar, New Delhi on September 5. Similar protests have been held in other cities including Kolkata and Jaipur.

The anti-Rohingya sentiments are also on rise. Two PILs have been filed in the Supreme Court asking it to intervene in an ongoing hearing against Rohingyas deportation. RSS ideologue Govindacharya and a Chennai-based group Indic Collective have sought to intervene in the matter asking to deport Rohingyas as they could probably be a threat to the country.

Amidst all this, one item of news from Hyderabad said a 20-year-old Rohingya man was arrested on the charge of cheating and forgery as he had obtained Indian identity card to get a passport and travel to Dubai. Mohammad Ismail was arrested along with an Aadhaar card, a Voter ID card and also a PAN card.

This brings us to another matter— what is the legal recognition provided to the Rohingya refugees in India, if at all.

In May, 2012, after a month long protest by the Rohingyas backed by the United Nations High Commission for Refugees (UNHCR), India had granted them long-term visas (LTV). Although they protested to get official refugee status from the government, the Indian government did not give them any such recognition.

This was because India which is home to refugees from several countries has no refugee law of its own. India does not even differentiate between immigrants and refugees. As per UNHCR, refugees are “persons fleeing armed conflict or persecution” whereas migrants are people who choose to move so as to improve their lives by finding work, or in some cases education, family reunion, or other reasons. However, India makes no such distinction. An illegal migrant as defined in Section 2(1)(b) of the Citizenship Act, 1955 is a foreigner who entered India without a valid passport or travel documents or is staying in India after the expiry of the passport and other travel documents. There is no mention of refugees and granting them asylum.

However, India granted Rohingyas LTVs in 2012 which was to be valid until 2015. India continued with the granting of LTVs to Rohingyas.

Sabbir, Founder of Rohingya Human Rights Initiative, who runs a mobile repair shop along with an Indian partner, told India Legal: “In Delhi there are around 1,200 Rohingyas among which 800 to 850 people have already got long term visas from the Foreigner Regional Registration Office.”

However, the Indian government has now stopped giving Rohingyas LTVs and the FRRO website states that visas will only be granted to Pakistani and Bangladeshi nationals. It is unclear as to why did the Indian government stop granting them LTVs because as per a press release issued by Press Information Bureau titled Law for refugees in India, the government talks about circulating a standard operating procedure while dealing with foreign nationals “who claim to be refugees”.

The release dated August 6, 2014 mentions that long term visas will be permitted on grounds of persecution due to race, religion, sex, nationality, ethnic identity, membership of a particular social group or political opinion. In the case of Rohingyas, it is clear that they are being persecuted on the grounds of ethnicity and therefore they are eligible of getting long-term visas. Therefore there’s no point why the government decided to stop the LTVs.

The government is clearly discriminating between Rohingyas and migrants from other countries. Not only has it denied LTV to the Rohingyas despite accepting a standard operating procedure as per which they qualify to get LTVs, the government is granting special facilities to other religious communities. The Ministry of Home Affairs put out a statement in August, 2016 wherein it gave various facilities to persons belonging to ‘minority community’ from Afghanistan, Bangladesh and Pakistan, namely, Hindus, Sikhs, Buddhists, Jains, Parsis and Christians, who are staying in India on LTV.

The government here, decided to issue PAN card and Aadhaar card to such people. Further, all benefits extended to such people will be linked to Aadhaar numbers. It is unclear as to how did the Rohingyas get Aadhaar card and other Indian ID cards. There is definitely a flaw in the Indian security system. It will now be even more difficult for the government to identify Rohingyas as many of the ones living here from long already have obtained ID cards and the other who have recently arrived are now desperate to get those cards or to leave the country and travel to safer places like Ismail tried to do.