Alive Even After Death? 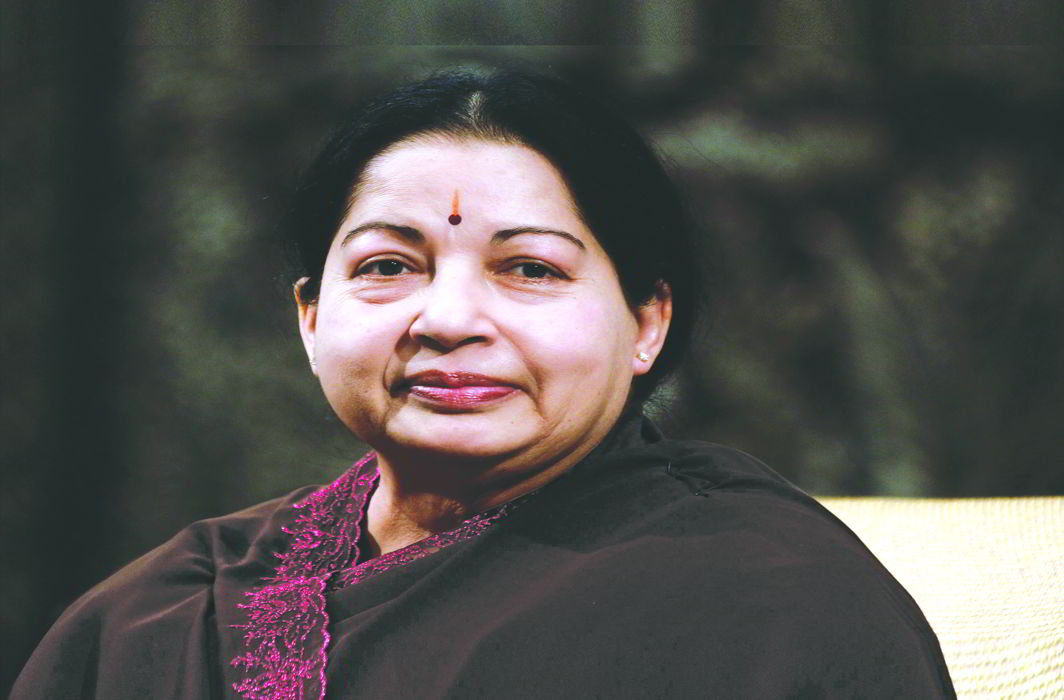 On December 8, the Supreme Court bench of Chief Justice Dipak Misra and Justices AM Khanwilkar and DY Chandrachud stayed a November 24 Madras High Court directive to the Superintendent of Prisons and the chairman, Unique Identification Authority of India (UIDAI), to produce all relevant records containing the thumb impression of Selvi J Jayalalithaa. This was in response to a political move to authenticate a document where a thumb impression of the former CM was used when she was in hospital.

The move was with reference to an election petition filed by P Saravanan, a DMK candidate for the November 2016 Thirupparankundram Assembly by-election. The AIADMK candidate, AK Bose, moved the top court, which stayed the order, stating that Aadhaar data cannot be disclosed because it interferes with the person’s privacy.

A critical question arises here: Will the Aadhaar number and information related to it remain “alive” even after a person’s death? If so, why? The Aadhaar (Targeted Delivery of Financial and Other Subsidies, Benefits and Services) Act, 2016, Section 29. (1) states: “No core biometric information, collected or created under this Act, shall be—

(a) shared with anyone for any reason whatsoever; or

(b) used for any purpose other than generation of Aadhaar numbers and authentication under this Act.

(2) The identity information, other than core biometric information, collected or created under this Act may be shared only in accordance with the provisions of this Act and in such manner as may be specified by regulations.

(3) No identity information available with a requesting entity shall be—

(a) used for any purpose, other than that specified to the individual at the time of submitting any identity information for authentication; or

(b) disclosed further, except with the prior consent of the individual to whom such information relates.

(4) No Aadhaar number or core biometric information collected or created under this Act in respect of an Aadhaar number holder shall be published, displayed or posted publicly, except for the purposes as may be specified by regulations.”

Technically, if the above is adhered to, then all details related to an Aadhaar number would be preserved and remain inaccessible. Moreover, it has been made clear that any disclosure can only take place with the explicit consent of the owner of such data. But if the owner is deceased, then obviously the consent clause is also invalid.

Will the UIDAI destroy all biometric data of a person after his/her death? Apparently not, if Jayalalithaa’s incident is used as a marker. The UIDAI had objected because it possessed such data.

UIDAI officials were secretive about this issue. “We are in no way able to share information with the media on this,” said Vikash Shukla, media manager at UIDAI, to India Legal.  “As per the Aadhaar Act, it is clear that no information can be shared,” he said. But it was not information about a particular Aadhaar number that was being sought, it was about the general process of the system. An email in this regard to UIDAI remains unanswered till the time of going to print.

However, Shankar Dutta Roy, former director at West Bengal CID’s fingerprint bureau, said that even criminal records (fingerprints) are officially destroyed after proven information arrives that the criminal is dead. “We are the oldest fingerprint bureau in the world,” he told India Legal. “We have preserved fingerprint records for over 100 years. We can only destroy records if officially intimated as to the death of a criminal. Otherwise, it is always retrievable for comparison, as per the Identification of Prisoners’ Act, 1920.”

The Supreme Court judgment makes it clear that the top court is not for allowing retrieval of fingerprints that have outlived the death of that particular individual. Alternatively, even if all data in the Aadhaar records of a dead person are used to make a new Aadhaar card, the mismatch in fingerprints can only be found if the original is available. To this extent, Aadhaar needs to have a long-lasting data bank. It boils down to issues of property and hierarchal propriety where a signature may be challenged but biometric data will not be.

Another issue recently was a notification on Aadhaar requirement for cremation and for a death certificate which created some problems.

The deadline had been set at October 1, but there was little direction as to how a person’s last rites can be completed without Aadhaar in case he does not have one. There is a possibility that property disputes could increase in the absence of a will of the deceased.

The situation, as pointed out by social activist Rantideb Maitra, reveals the inadequacies within Aadhaar, as well as the difficulties it generates. The UIDAI is unwilling to disclose the future of all data that remains with it after the death of a person. It will also not allow it to be accessed, and the recent Supreme Court order nails it down properly. “So what use will this be to the authorities? How do the authorities plan to use this data, which is for all practical purposes ‘dead’?” asked Maitra.

What is scary is that if certain biometric details of this dead person are leaked—this has happened in large numbers in the past—the data could still be used to hack into bank accounts and such. Without the actual holder present, there will be no one to stem this. “Moreover, if the very purpose of having an Aadhaar number was to avail of benefits (including subsidies) from the government, this purpose will have been fully served in the death of the person,” said Maitra.  In the Jayalalithaa case, the petitioner says in his affidavit:

“Grounds For Interim Relief: The Hon’ble High Court (Madras) travel (sic) beyond on the issues to be decided and passed certain suo motu directions in a pending election petition. The Hon’ble High Court after closing of the evidences by the contesting parties passed a direction to Jail Superintendent and Chairman UIDAI directing them produce all relevant records containing the thumb impression of Selvi J. Jayalalitha for the hearing on 08.12.2017 at 2.15 PM. It is submitted that the above direction are unwarranted and intruding in third parties privacy. Hence it is humbly prayed that the directions may be stayed till the disposal of this Special Leave Petition.”

The agreement of the court on this means, in effect, that Jayalalithaa’s fingerprints in UIDAI’s data bank are indeed “alive”. Is that legal? It has also to be decided if UIDAI authorities have the legal right to hold on to biometric data of a deceased person, and if they do, for what purpose? The Jayalalithaa case has thrown up an interesting paradox.