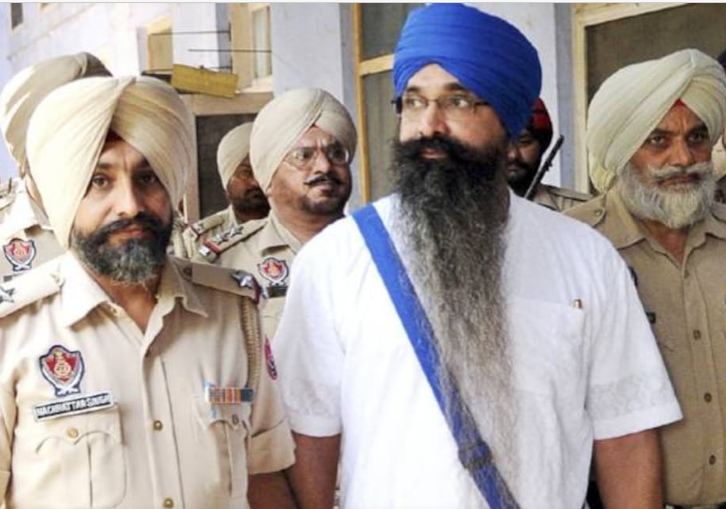 The Supreme Court on Friday asked the Union government to decide upon commuting the death sentence of Balwant Singh Rajoana, the death row convict convicted of assassinating then Punjab Chief Minister Beant Singh in 1995, by Republic Day. Rajoana has been in jail for 25 years awaiting his execution.

The division bench of Chief Justice S.A. Bobde and Justices A.S. Bopanna and V. Ramasubramanian passed this order while hearing a writ petition filed by Rajoana.

The former Punjab chief minister and 16 others were killed in an explosion outside the Civil Secretariat in Chandigarh in 1995.

Senior Advocate Mukul Rohatgi, appearing for Rajoana, submitted that the petitioner has been in custody for nearly 25 years and that his mercy plea before the President has been kept undecided for over eight years.

Therefore, Rajoana is entitled to commutation of death penalty as per the SC decisions in Shatrughan Chouhan and Sriharan cases on account of delay in deciding the mercy Petition.

Additional Solicitor General K.M. Nataraj informed the Court that the mercy plea file was being processed and had been submitted before the competent authority within the government. The President would take the final decision on whether Rajoana should live or not.

The petitioner’s advocate submitted that the ASG’s submissions were irrelevant as Balwant Singh was entitled to commutation of death penalty on the sole ground of long pendency of his mercy plea.

The CJI said to Rohatgi that a few more weeks time will not make much difference. “January 26 is a good day to take a decision,” CJI commented in a lighter vein. “Since there is no Chief Guest for the Republic Day function, they should not be having any difficulty in deciding,” Rohatgi added, referring to the withdrawal of UK Prime Minister Boris Johnson from this year’s Republic Day function on account of Covid-19 restrictions in Britain.

Maintaining that pendency of appeals by co-accused has no bearing on Presidential pardon granted to a death-row convict, the Supreme Court had on December 4 questioned the Centre over the delay in sending a proposal to the President for commuting Rajoana’s death penalty.