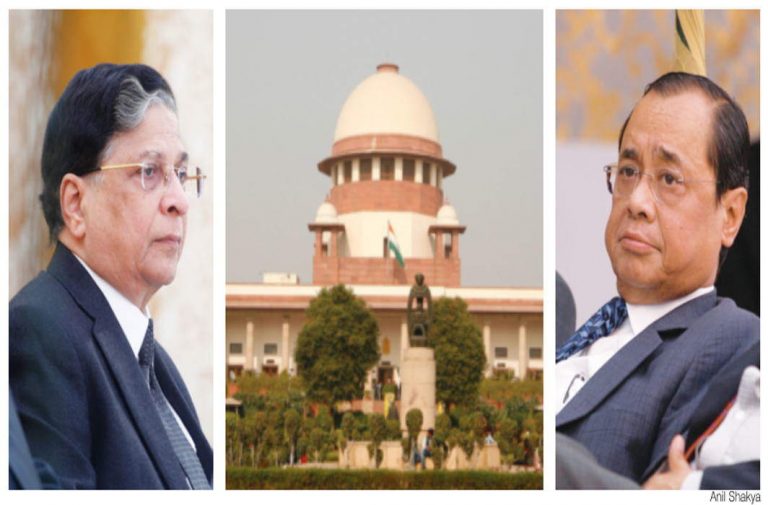 Chief Justice of India Dipak Misra on Tuesday (September 4) formally sent a letter to the Union government recommending the name of senior most judge, Justice Ranjan Gogoi as his successor.

Justice Gogoi, will take charge on October 3. Misra’s term ends on October 2, but that being Gandhi Jayanti, his last working day will be October 1. The CJI’s formal recommendation is in keeping with the tradition of the senior most judge being made the CJI upon the retirement of the incumbent. The Union Law ministry had ask Misra sometime back to recommend his successor.

As per Supreme Court tradition, this was to have happened, but with several issues in the interregnum – especially the four-judge press conference that Justice Gogoi was part of on January 12 – had added some ambiguity to it.

He will have tenure of one year, one month and 14 days until he retires on November 17, 2019. Justice Gogoi will be administered the oath of office by President Ram Nath Kovind.