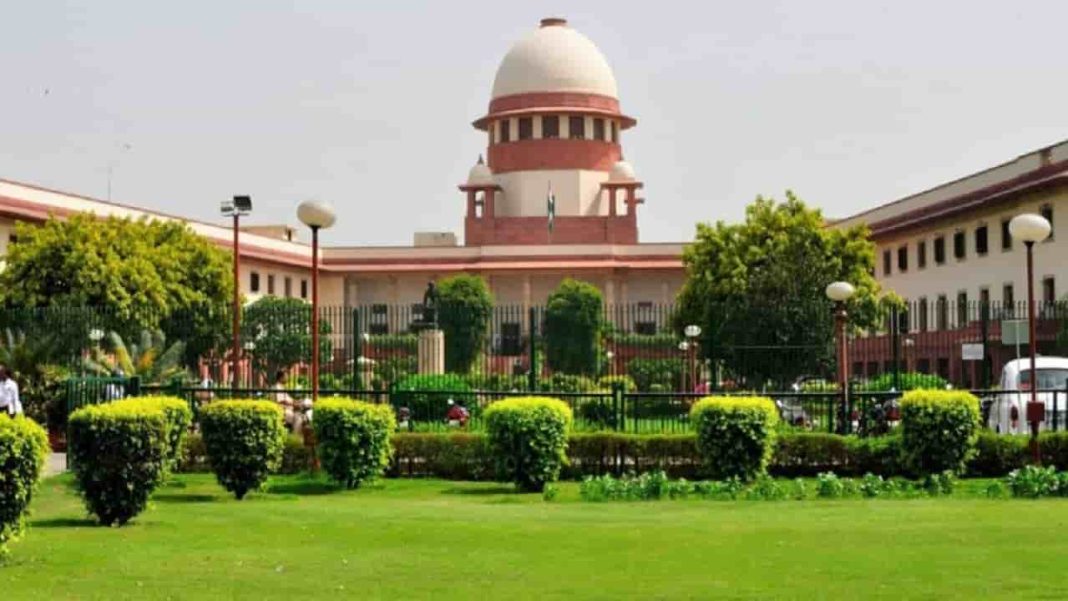 The Supreme Court has been apprised by the Dravida Munnetra Kazhagam (DMK) party that the Citizenship (Amendment) Act, 2019 is against the Tamil race as it ignores reality.

In an affidavit filed before the top court, the DMK said that the introduction of CAA has made a completely new basis for the grant of citizenship on the ground of religion, which destroys the basic fabric of secularism.

The Affidavit questions as to why were the Muslims excluded altogether even from the countries wherein they have suffered persecution.

It also stated that the Tamil refugees constantly live in fear due to the step motherly treatment meted by the Central government.

It also added that being stateless has taken away from them the rights of employment along with right of holding land or property in India.

The affidavit says that due to the ambiguity ,these people are forced to live in camps where they are exploited.

It also added that the requests for citizenship by these Tamil refugees who have spent years in refugee camps have fallen on deaf ears.

The affidavit contends that the act has made the life of the Muslims who have suffered persecution all the more difficult.

In light of this, the DMK sought a declaration that the CAA is unconstitutional as it violates Articles 14 and 21.

The CAA, which was passed on December 12, 2019, amends Section 2 of the Citizenship Act of 1955 which defines “illegal migrants”.

The petitioners challenging the law have submitted that the CAA discriminates against Muslims on the basis of religion. Such religious segregation is without any reasonable differentiation and violates right to quality under Article 14, it has been contended.

Amid nationwide protests against the legislation, the Supreme Court in January 2020 had issued notice in a batch of over 140 petitions, without staying the Act.

The Central government in its affidavit has said that the CAA does not affect the legal, democratic or secular rights of any of the Indian citizens.

The government has said that the existing regime for obtaining citizenship of India by foreigners of any country continues to be untouched by the CAA and remains the same. Further legal migration on the basis of valid documents and visa continues to be permissible from all countries of the world, including from the three countries specified in the CAA.