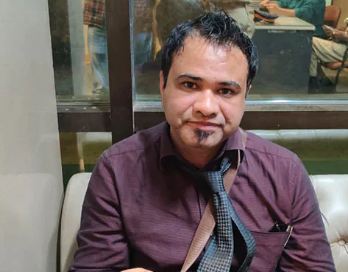 The Supreme Court on Thursday refused to interfere with a Allahabad High Court order that quashed Dr Kafeel Khan’s detention under the National Security Act and dismissed the Uttar Pradesh government’s appeal against the order.

A three-judge bench of Chief Justice S.A. Bobde, Justices A.S. Bopanna and V. Ramasubramanian clarified that the observations in the High Court order will not affect the prosecution of the criminal cases. The criminal cases will be decided on their own merit, the preventive detention order cannot be used in other cases, said CJI Bobde.

CJI Bobde said it seemed to be a good order and there was no reason to interfere with the High Court that had set aside Dr Khan’s detention.

The Allahabad High Court had held that neither detention of Dr Khan under NSA, nor extension of the detention were sustainable in the eye of the law. A division bench comprising Chief Justices Govind Mathur and Justice Saumitra Dayal Singh had heard the writ petition filed on behalf of Dr Khan by his mother Nuzhat Perween and dismissed the detention order.

The Uttar Pradesh government had filed a special leave petition in the Supreme Court against the Allahabad High Court order of September 1 that quashed the detention of Dr Khan under NSA. Following the order, he was released from Mathura jail on September 2.

Dr Khan, a Gorakhpur-based doctor, was arrested under NSA in Mumbai over an allegedly provocative speech on December 13 at Aligarh Muslim University in the backdrop of the protests against the Citizenship Amendment Act. He was booked under stringent NSA provisions for disturbing public order and creating fear and insecurity among Aligarh citizens.

Khan’s mother Perween had initially moved the Supreme Court who asked her to appeal in the High Court, it being the appropriate forum. A habeas corpus petition was filed by Perween that was listed before the Allahabad High Court on June 1, 2020.

Contrary to the claims by the District Magistrate that Khan’s speech was provocative, the High Court in its judgement held that his speech called for national integrity and unity. Subsequently, the court set aside the detention order dated February 13, 2020 passed by Uttar Pradesh government, also declaring the extension of detention as illegal.