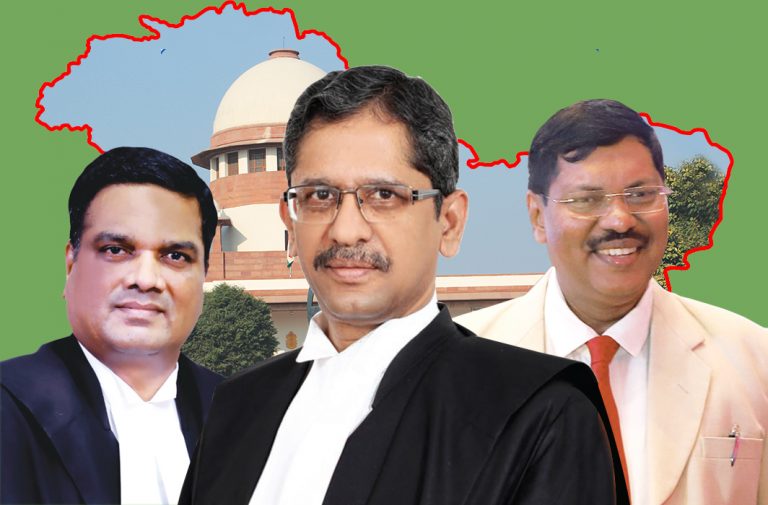 The Juvenile Justice Committee (JJC) of the Jammu & Kashmir High Court in a report submitted to the apex court on Friday, stated that the children were not illegally detained by security forces.

A bench comprising Justice NV Ramana, Justice R Subhash Reddy and Justice BR Gavai expressed satisfaction with the findings of JJC. The bench said, “Should we believe in the probe conducted by four judges of the High Court or some report which was published in a Washington newspaper.”

The court observed that the four judges had personally visited all jails and found no children under detention.

The bench was hearing a plea filed by two child rights activists Enakshi Ganguly and Shanta Sinha. The plea quoted reports in US based newspaper that alleged that children in Jammu and Kashmir were being illegally detained. Objecting to the findings of the JCC, the petitioners’ counsel urged the bench to examine the report. But the bench rejected it saying, “We have examined the report vigilantly, there is nothing on the illegal detention of the children…we cannot keep the matter in abeyance, and also we cannot permit the review on the report submitted by the judges.”

Justice Gavai was also of the same opinion that the report needed to be re-examined. He as well said, “Four judges have made a personal visit… this is not a proceeding, where the petitioner made allegations. You asked for a report and the four judges of the High Court placed actual things before the court.”

“Wherever they had to be kept more than one day, they were sent to juvenile homes,” the bench observed.

The bench further said that it will provide the report if there are personal grudges and those dissatisfied, can approach the necessary authority.

Justice Ramana also said that that the image of the judiciary should not be undermined in these proceedings.