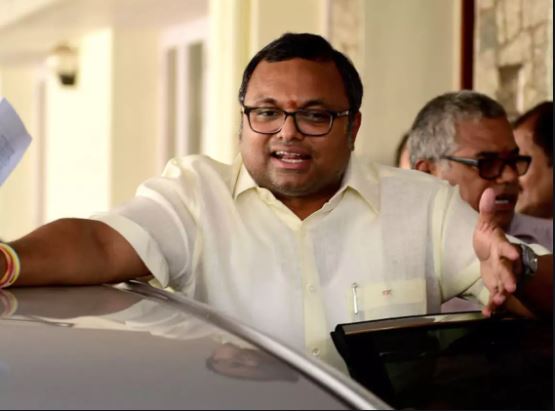 The Supreme Court on Tuesday said it will pass orders on the plea filed by Sivaganga MP Karti Chidambaram and his wife Srinidhi in the matter of alleged non-disclosure of incomes over Rs 7 crore by the two in 2015 at the next hearing which is to be held on Wednesday.

On Tuesday, Senior Advocate Kapil Sibal, appearing for Karti Chidambaram, said the accused was discharged on December 11 and sought an adjournment for two months. To this, the bench said Justices Ashok Bhushan, R. Subhash Reddy and M.R. Shah it will pass the order tomorrow since Srinidhi Chidambaram’s matter is listed for Wednesday.

The bench was hearing Karti Chidambaram and his wife’s plea against the Madras High Court judgment, which had dismissed their petitions to quash two criminal complaints under the Income Tax Act and the proceeding before the special court for MP/MLAs.
The matter relates to alleged non-disclosure of Rs 6.38 crore incomes by Karti Chidambaram and Rs 1.35 crore by his wife Srinidhi Chidambaram in 2015. The bench had issued notice to the Income Tax department seeking response in two weeks.