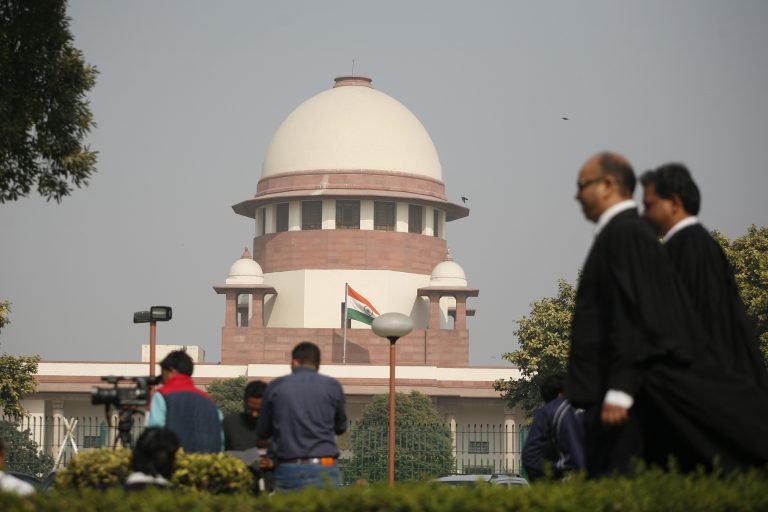 The Supreme Court has ordered the release of four persons, convicted by the Gujarat High Court in connections with the 2002 Naroda Patiya riots case ,  on bail on grounds that their conviction was “debatable”.

Naroda Patiya was one of the worst cases of mob violence during the Gujarat riots and nearly a 100 Muslims were killed in the locality in Ahmedabad when mobs of thousands stormed into the area and murdered them.

On Tuesday, a Supreme Court bench headed by Justice AM Khanwilkar granted bail to four convicts on the chief grounds that the High Court verdict of conviction was “debatable” and that they should be released on bail since their appeal would take much time for disposal. In three bail orders, the Supreme Court has expressed serious doubts over the conviction.

All these accused were held guilty under Section 436 (mischief by fire or explosive substance with intent to destroy house) of the Indian Penal Code, along with other provisions relating to unlawful assembly. Those released are Umeshbhai Surabhai Bharwad, Rajkumar, Padmendrasinh Jaswantsinh Rajput and Harshad alias Mungda Jila Govind Chhara Parmar on bail after imposing ordinary conditions to be laid out by the trial court.

The Supreme Court, while deciding the bail plea, also noted that the Gujarat HC had primarily relied upon identification of these convicts by police officials but in some cases, no identification parade was conducted and the appeals raised doubt over their identification in a group of around 15,000 persons.

On June 25 lat year, thr Gujarat High Court had said “The court cannot set aside the agony and anguish of the victims… Offences are not against individuals but society at large and has consequences of polarising society,” the high court had said on June 25.

“Imposing too lenient a sentence would amount to travesty of justice… Imposition of 10 years of rigorous imprisonment would be adequate punishment,” the court held.

The court further observed that any liberal attitude with respect to such offences would be “counter-productive” and “against the interest of society.”