This is the second time the Supreme Court Collegium has decided not to elevate her as a High Court judge. 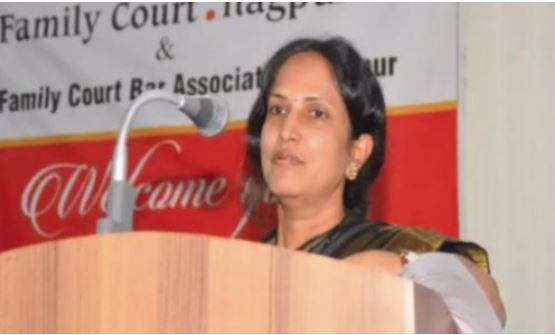 Justice Pushpa V Ganediwala, the additional judge of the Bombay High Court, whose ruling that skin-to-skin contact was necessary to invoke provisions of the Protection of Children from Sexual Offences (POCSO) Act in a case of the sexual assault of a minor had sparked an uproar, and was later rescinded by the Supreme Court, will not be made a permanent judge.

This is the second time the Supreme Court Collegium has decided not to elevate her as a High Court judge. Last time, the Collegium had extended Justice Ganediwala’s probation period by another year.

This time, Justice Ganediwala has not got an extension as an additional judge, and without confirmation as a permanent judge as of now, her tenure is set to expire in February 2022. This would mean she will return to her post of District Judge when her tenure ends in February next year.

The Supreme Court on Thursday approved the proposal for the elevation of 3 additional judges of the Bombay High Court as permanent judges. They are: Justice Madhav Jayajirao Jamdar; Justice Amit Bhalchandra Borkar; and Justice Shrikant Dattatray Kulkarni. And also, another additional judge, Justice Abhay Ahuja has been given a fresh one-year term as an additional judge.

Justice Ganediwala had acquitted a man who had groped a girl and had attempted to remove her salwar under the POCSO Act while upholding his conviction under Indian Penal Code Section 354.

Attorney General K.K. Venugopal had sought to set aside the Nagpur Bench order saying that the observations made by the High Court were unwarranted and concerned the modesty of a girl child. On November 18, the Supreme Court set aside Justice Ganediwala’s order that held groping a minor’s breast without skin-to-skin contact cannot be termed sexual assault as defined under the POCSO Act.
The Apex Court noted that the most important ingredient of constituting sexual assault under Section 7 of POCSO is sexual intent and not skin-to-skin contact with the victim.