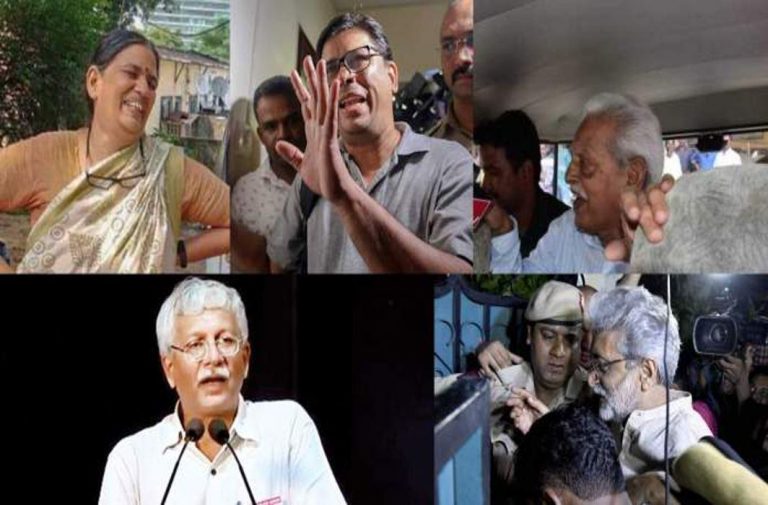 In a 2:1 majority verdict, apex court said the activists can’t choose which agency investigates them, case not result of differences in political ideologies

In a major setback for the civil rights activists who were arrested by the Maharashtra police on August 28 for alleged links to the January 1 communal clashes in Bhima Koregaon near Pune, the Supreme Court, on Friday (September 28), dismissed a petition challenging the police action against them.

In a 2:1, majority verdict, the top court’s bench of Chief Justice Dipak Misra and Justices AM Khanwilkar and DY Chandrachud said that the investigation against the five arrested activists – Varavara Rao, Sudha Bhardwaj, Arun Ferreira, Vernon Gonsalves and Gautam Navlakha – will continue. However, in some relief to the activists, the court said that the interim orders for their house arrest – issued by the bench on August 29 – will continue for another four weeks during which the arrested persons are at liberty to approach “appropriate forum” for relief.

The court also rejected the demand of the petitioners – eminent citizens including Romila Thapar, Professor Prabhat Pattnaik and Maja Daruwala – for a Special Investigation Team (SIT) to probe the case.

While the majority verdict by Chief Justice Dipak Misra and Justice Khanwilkar upheld the action of the Maharashtra police against the five civil liberties activists, Justice Chandrachud, in his dissenting opinion, slammed the cops and said that an enquiry should be initiated against them for using the media to manipulate public opinion against the arrested persons.

While Chief Justice Dipak Misra and Justice Khanwilkar rejected the demand for a court-monitored SIT probe in the case, Justice Chandrachud said that this was a “fit case” for such a probe because the conduct of the police had fortified the impression that “investigation was not fair”.

THIS STORY WILL BE UPDATED