The bench of Justices A.M. Khanwilkar and Aniruddha Bose heard the matter, and asked Advocate Mehfooz Nazki, appearing for the State of Andhra Pradesh, to file a reply including the preliminary objections. 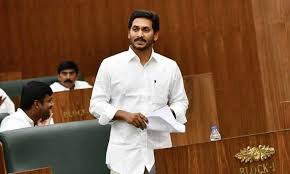 The Supreme Court on Friday sought response from the Andhra Pradesh government in a contempt petition filed by the State of Odisha, accusing the former of attempting to conduct local body elections in the newly self named three villages falling within its territory in violation of the Apex Court’s order.

The bench of Justices A.M. Khanwilkar and Aniruddha Bose heard the matter, and asked Advocate Mehfooz Nazki, appearing for the State of Andhra Pradesh, to file a reply including the preliminary objections.

During the hearing, Senior Counsel Vikas Singh, who appeared for the petitioner, read the 2006 order of the Apex Court, alleging that Andhra local body elections were going to be held in three villages which are in Odisha, violating a status quo order of the Supreme Court.

The bench directed the petitioner to serve an advanced copy of the petitions, and listed the matter for next hearing on February 19.

The matter was mentioned by Senior Counsel Vikas Singh yesterday before Chief Justice S.A. Bobde’s bench. The bench which also comprised Justices A.S. Bopanna and V. Ramasubramanian on the request made by Singh for urgent hearing had listed the matter for hearing today.

The villages under dispute are part of Pottangi Taluk in the district of Koraput, Orissa. While the suit was pending before the Apex Court and the Court having prima facie satisfied that the villages indeed falls under the territorial jurisdiction of Odisha, directed the parties to maintain the status quo till the disposal of the suit.

Eventually the suit was finally heard by the Apex Court on 30.03.2006 where the Court dismissed the suit on the ground that the suit under Article 131 of the Constitution was not maintainable in view of the bar contained in the proviso to the Article. The Court however directed that till the dispute is resolved parties are required to maintain status quo.

However, the Collector and District Election Authority of Vizianagaram district of Andhra Pradesh in violation of the Court’s order issued various notifications on 05.03.2020 to conduct local body elections in the said district and deliberately roped in three villages from the “Kotia Group of Villages” falling under the territory of Koraput district of Odisha into Salur Mandal of Vizianagaram District and changed the name of the three villages.

It has been alleged by the State of Odisha that the contemnors have converted these three villages of one Gram Panchayat falling under the territory of Odisha to three different Gram Panchayat. Moreover, the notification was kept secret so that local authority of Odisha shall have no knowledge about it.

The petitioner has thus submitted that the notification issued by the authorities of the State of Andhra Pradesh is to invade the territory of the State of Odisha at the cost of willful violation of the order of the Supreme Court.

The petitioner has further pointed out that elections for the Parliament, State Assembly and local bodies have been taking place since inception under the administrative authority of the State of Odisha. It has thus prayed to initiate contempt proceedings against the contemnors and punish them accordingly.