Covid-19 vaccine: Don’t junk that jab over fears of after-effects

The hesitation shown by people to take the Covid-19 vaccine is due to fears about its after-effects. Stakeholders need to be transparent about its side-effects, while people need to be vigilant about their health. 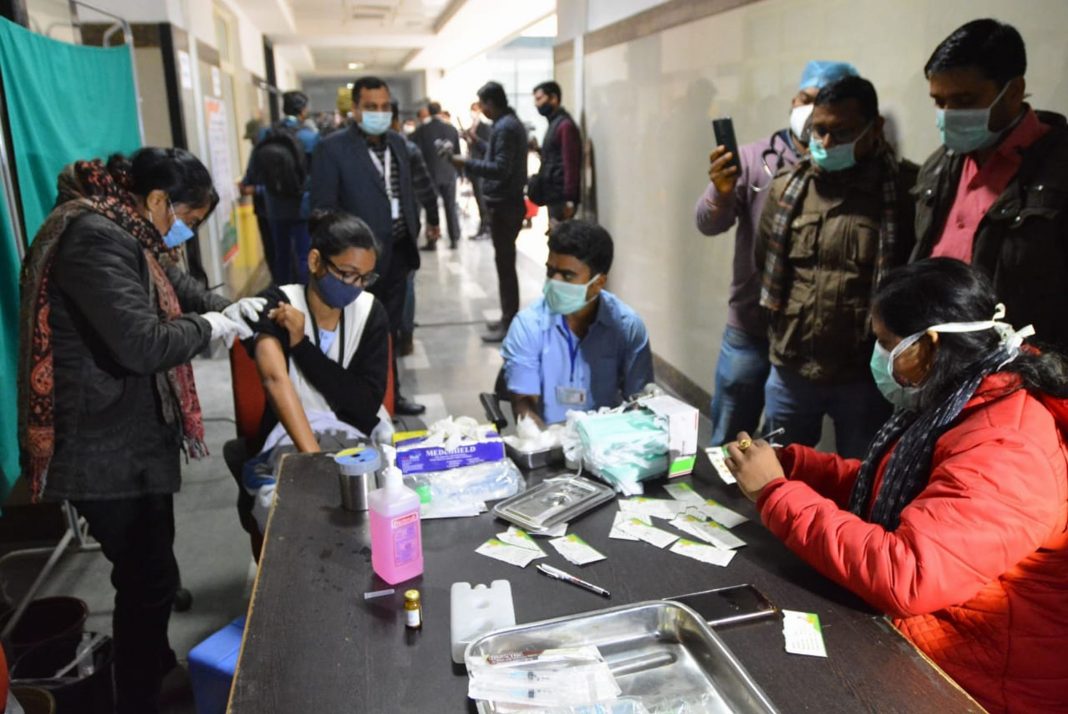 There have been some cases of deaths after the Covid-19 vaccine was administered to people. Therefore, health workers in India are reluctant to take the vaccine. The country needs to address this issue in a transparent answer. One must remember that this immunisation differs from those usually given to children where most recipients are healthy. In the adult population, many have co-morbidities or are prone to illness.

The job of medics is to prevent vaccine related side-effects, including deaths, by carefully screening high risk cases and giving them appropriate pre-vaccine treatment. The job of a doctor should be to change a contra-indication into an indication. Both may produce inflammation and clotting in susceptible individuals. But a vaccine is given to prevent death, not to cause it. Therefore, it is important to do the post-mortem of every death and make the findings transparent.

A national panel to monitor adverse events following immunisation is set to re-examine the causes of deaths in individuals who took Covid-19 shots in India. So far, 22 people have died in India within 1 to 10 days of getting the vaccine and this could go up. The vaccination began on January 16. The deaths were reported from UP, Karnataka, Andhra Pradesh, Rajasthan, Telangana, Haryana, Odisha, Kerala and Gujarat. Over 28 lakh vaccinations across the country have taken place so far. The deaths have been listed as serious AEFIs (adverse events following immunisation) as per the criteria set up by the government. All were between 23-56 (one 76) years and the deaths were ascribed to cardiovascular problems or “brain stroke”. The vaccine taken in each case was Covishield.

In Telangana, a 55-year-old health worker from Kasipet Mandal of Mancherial district died 11 days after the vaccination. Health officials lay the blame on “underlying co-morbidities”. In Gujarat, a 30-year-old sanitation worker of Vadodara Municipal Corporation died two hours after getting the jab. He is suspected to have had a cardiac condition. A 77-year-old man from Agra died in the past 24 hours, seven days following vaccination. The death was due to “cardiogenic/septicemic shock with pre-existing diabetes”.

Reports of deaths after vaccine administration first started in October 2020 in South Korea where 23 people died after being vaccinated against seasonal influenza out of 13 million who received it.

In Norway, 33 people over 75 years and frail died shortly after receiving their first dose of the vaccine. Of these deaths, 13 have been autopsied, with the results suggesting that common side-effects may have contributed to severe reactions in them. In Germany, specialists from Paul Ehrlich Institute are looking into the deaths of 10 people who died soon after being inoculated against Covid-19. The deceased were all between 79-93 years with previous diseases. The time between vaccination and deaths ranged from several hours to four days. Like Norway, the patients were in a grave condition, with multiple diseases and receiving palliative treatment. It is true that they may have died from their diseases, coinciding with the vaccination, but the vaccine being a contributing factor cannot be ruled out.

In late December, Germany launched a vaccination campaign, using the vaccine developed by Pfizer and BioNTech. Over nine lakh people have received the vaccine. The first ones to get it were those over 80, residents and staff at nursing homes and medical personnel.

It is, no doubt, odd to have such a cluster of deaths in a short time after the vaccination. Even if the deaths are unrelated to the vaccine, they are still time-related. It is the moral responsibility of the agency rolling out the vaccine to be fair to the families who died and to the public who are hesitant to take it by providing all the investigative details such as who is supervising and coordinating it and the results. Silence is not the answer and will only add to the problems. Also, one must remember that the vaccines in India are not licensed and are being given on emergency use authorisation. So each death has to be explained thoroughly with transparency and completeness.

Some of the questions patients should ask themselves before getting vaccinated are am I prone to allergy? There can be a family history of skin disease, asthma or allergy to food, drug, injection, pollen, dust or vaccines. The chances are one in one million in the Covid-19 vaccine and one in ten million in routine vaccination. Some 0.02 percent are allergic to the penicillin drug, anaphylaxis. To prevent this, we must get a vaccine scratch test done like we do for a penicillin test.

Also, ask yourself am I frail and co-morbid, do I walk less than 200m in six minutes, can I get up and sit on a chair five times continuously? If you cannot do this, it means you will not be able to tolerate high pulse rate or blood pressure as a result of the vaccine. In such cases, a small dose of beta blocker may prevent a catastrophe. All cases with reduced heart rate variability (fixed heart rate due to autonomic dysfunction) may also need a beta blocker before the vaccine.

Also, those who are prone to chronic inflammation as evident when the C reactive protein (CRP) is more than 1 mg/L are more susceptible to heart attacks or strokes if they contract lung Covid or muscle Covid; both cause some degree of immune-mediated inflammation. In lung Covid or natural Covid-19, a person will get pneumonia due to continuous replicative dose of the virus protein interacting with the pneumocytes 2 cells. This explains death among the frail in India and Germany. Remember, both Covid-19 and the vaccination precipitate a thrombogenic state (coagulation of the blood).

Vaccine or muscle Covid involves the interaction of vascular endothelial cells with non-replicative fixed dose Covid-19 viral protein. Being non-replicative, it is controlled inflammation. Studies have shown mild immune inflammation after the flu vaccine similar to the active infection. Those who cannot tolerate this mild inflammation can succumb to it.