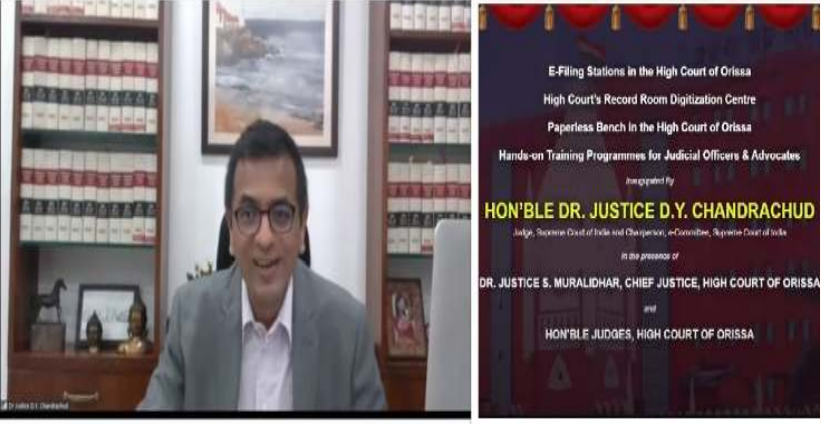 The Supreme Court e-committee has recently put out its September 2021 issue. The highlight of the September newsletter is the inauguration of several digitization measures at the Orissa High Court — e-filing station, paperless bench, digitization of record rooms and hands-on training.

Justice Chandrachud also inaugurated the first paperless courts of Orissa, the court of the Chief Justice of Orissa. The high court’s record room digitization center will facilitate record preservation, digitization, archival, and retrieval all under one roof.

The hands-on training at Orissa Judicial Academy, Cuttack was presided by Delhi High Court judge Justice Talwant Singh, Supreme Court‘s e-committee member R. Arulmozhiselvi. During the hands-on training session, 21 judicial officers were divided into four groups and all of them were given hands-on training on the various aspects of conducting video conferencing hearings and recording evidence through VC. They were instructed on: How to schedule a video conferencing meeting; How to conduct the video conferencing meeting from court point with remote point; Live recording of evidence of police officers from remote police stations; Live examination of a doctor witness from a remote hospital point, Marking exhibits and signature
using Document Visualizer, among others.

The help desk at civil court, Bhagalpur, has been established and is equipped with the required technology and will go a long way in bridging the technological divide by providing access to eCourt services to the litigants.

The full newsletter is given below