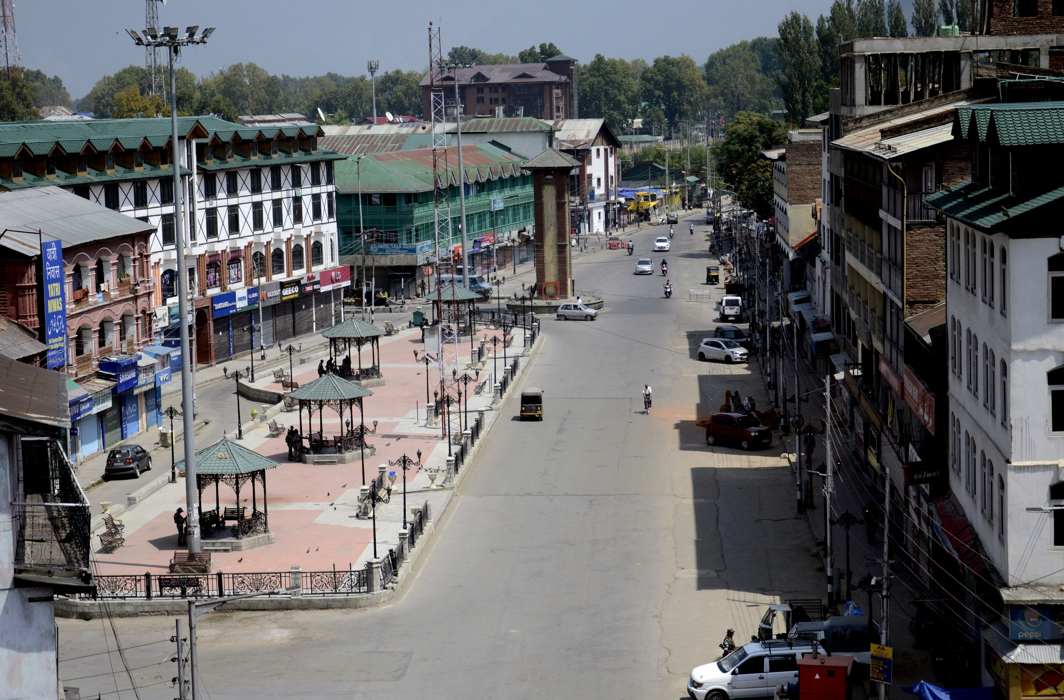 The Supreme Court on Monday issued notice to Centre and Jammu & Kashmir government to ensure normalcy in the State without endangering national safety and security.

It further asked Centre and J&K to file an affidavit in the matter and adjourned the matter to Sep 30.

At today’s hearing, the counsel appearing for Executive Editor of Kashmir Times, Anuradha Bhasin informed the bench comprising CJI Ranjan Gogoi and Justices SA Bobde and S Abdul Nazeer that the counter affidavit has not been filed.

“This is the 43rd day and we want to know under what authority of law such restrictions have been made. There is complete shutdown of the internet. In Kashmir the mobile, internet and public transport is not working. This is done by the Union of India,” the counsel said.

Attorney General (AG) KK Venugopal countered the arguments of Bhasin’s counsel and said: “The said newspaper is being published from throughout October and the several newspaper are being published but they are being provided the facilities but are not publishing it themselves.”

Justice Bobde questioned Venugopal: “How long will you take to settle the situation.”

Advocate Meenakshi Arora appearing for the Kashmiri inhabitants said that there is total clampdown of transport and if people want to go to the airport they cannot and moreover pregnant women are give birth to still birth children since all the hospitals are situated in Srinagar. Only landlines are working and there is one landline for 100 people which are not enough to contact the hospitals.

AG said that this is not true and many people have been using OPD facilities.

Counsel appearing for a Kashmiri student said that his brother’s wedding was affected by the lockdown. A child today cannot attend school because of safety reasons, he said.

Solicitor General (SG) Tushar Mehta said that the picture which is being created is totally false. There are police stations where restrictions have been removed and after August 5 no deaths have been reported.

Several patients are being treated including surgery and several medical shops are open to provide medicines, Mehta said.

Mehta further informed: “Moreover foodgrains and gas cylinders have also been stocked keeping in mind the situation. Hence there is no difficulty.”