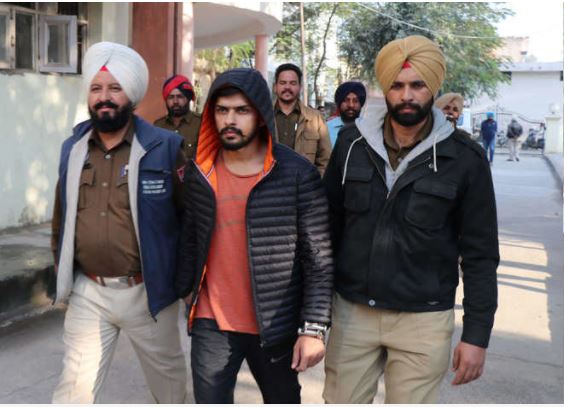 The Supreme Court agreed to hear on July 11, the petition filed by the father of jailed gangster Lawrence Bishnoi, challenging the transit remand order of a Delhi court in the murder case of singer Sidhu Moose Wala and also alleging that lawyers in Punjab were not willing to represent him.

Appearing for the petitioner, Advocate Sangram Singh Saron apprised the Vacation Bench of Justice Surya Kant and Justice J.B. Pardiwala that he had challenged the orders of the Punjab and Haryana High Court and of a Delhi court, granting transit remand to Bishnoi.

The petitioner said that since no lawyer in Mansa court in Punjab was willing to take up Bishnoi’s case, he had to approach the top court of the country.

Calling it ‘absolutely unjustified,’ the Bench told the petitioner to approach the High Court. The top court warned the legal aid counsels that if they refuse a case, they would be delisted from the panel.

As per Saron, the Delhi court order for transit remand was contrary to certain directions passed by the top court on Bishnoi’s petition.

However, the Apex Court refused to interfere, stating that since the murder took place in Punjab and Punjab Police was probing the case, which was in its initial stages, it won’t be appropriate for the Apex Court to interfere ion the matter.

A Delhi court had granted Punjab Police the transit remand of Bishnoi on June 14, in order to take him to Punjab in the Moose Wala killing case.

Earlier on June 2, the Punjab and Haryana High Court had dismissed Bishnoi’s plea, seeking appropriate directions for not handing over his custody to Punjab Police in the murder case.

Bishnoi is a suspect in the killing of Moose Wala. He had moved the Punjab and Haryana High Court after withdrawing plea from the Delhi High Court, claiming that he may be killed in a ‘fake encounter’ by the Punjab Police, and sought necessary safeguards.

Bishnoi had sought directions from the the High Court to restrain the Judicial Magistrate in Mansa from handing over his custody to the investigating agency in Punjab.

The outlaw sought issuance of directions for questioning him through online/video conference facility or within the precincts of Tihar Jail in Delhi.

Bishnoi had claimed that there was a serious threat to his life and a possibility that while being produced or being brought from custody, he may either be ‘put to harm’ or ‘liquidated’ by adopting extrajudicial means.