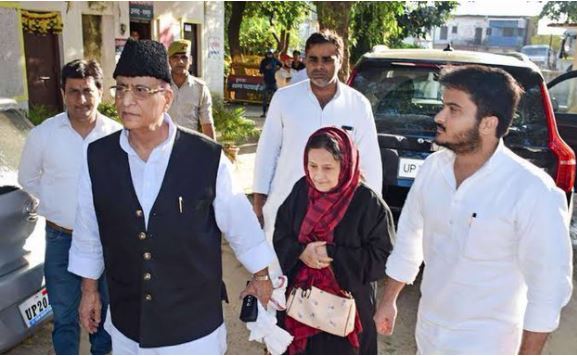 The Supreme Court has dismissed the appeal filed by Uttar Pradesh government challenging the bail of Tanzin Fatima, the wife of Samajwadi Party leader Azam Khan, and son Mohammad Abdullah.

A bench headed by the Chief Justice S.A. Bobde, Justices A.S. Bopanna and V. Ramasubramanian has dismissed the petition. During the hearing Solicitor General Tushar Mehta appearing for the State has submitted that there are 20 cases against him.

The CJI replied, “you move for those cases. The judgement is correct.

It is alleged that Azam Khan and Tanzeen Fatima have made two birth certificate of their son. One from Nagar Palika Parishad , Rampur and the other one is from Municipal Corporation, Lucknow. There is a great difference between the two birth dates.

Abdullah Azam Khan is accused of contesting the assembly elections by taking advantage of a fake birth certificate.