The court also observed that newly formed guidelines issued by the Centre for regulating Over The Top (OTT) platforms do not have mechanism to check pornography content. 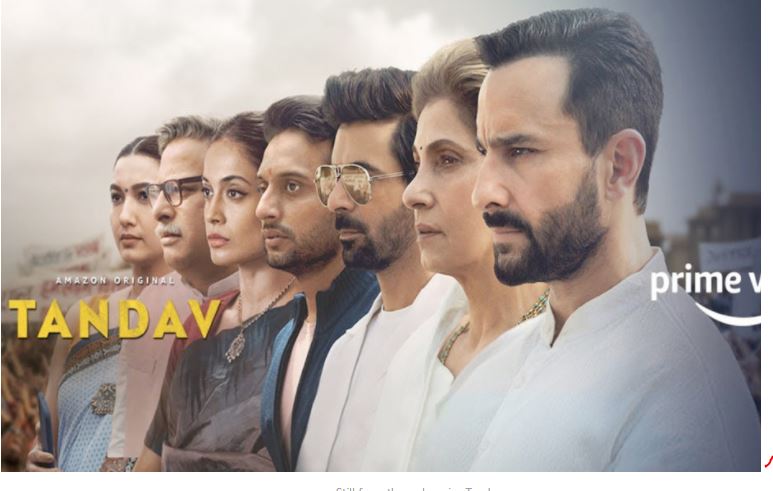 The Supreme Court on Friday granted interim protection from arrest to Amazon Prime Video Head Aparna Purohit in a case registered against her by Uttar Pradesh police for allegedly hurting religious sentiments on web series Tandav on Amazon Prime.

The bench issued notice to the government in the matter, and granted protection from arrest to Purohit while directing her to cooperate in an ongoing investigation.

The court also observed that newly formed guidelines issued by the Centre for regulating Over The Top (OTT) platforms do not have mechanism to check pornography content.

Besides Purohit, the FIR was filed against the Amazon Prime executives and other co-accused for the derogatory depiction of Hindu deities and promoting religious enmity through web series shown on Amazon Prime Video, which is an online movie OTT platform.

The movie has been directed by co-accused, Ali Abbas Zafar. According to the FIR, the content of the movie is affecting the image of the Uttar Pradesh Police adversely. In a Dial 100 police vehicle, two actors are shown travelling with open doors in a police uniform, consuming liquor and hurling abuses.

Aparna Purohit’s Senior Counsel before the High Court had submitted that the web series in dispute is a work of fiction and all the places, events, characters and incidents are the imagination of the author. He said, a disclaimer is included in the movie in this regard. The cast and crew of the web series Tandav issued an unconditional apology on January 18, 2021 and have removed the offensive scenes and now there is no offensive material in the series.

The High Court had noted in its order that the petitioner was granted interim protection from arrest by the order dated on February 11, 2021 by a co-ordinate Bench but she was not cooperating with the investigation.

“The conduct of the applicant shows that she has scant respect for the law of the land and her conduct further disentitles her to any relief from this Court, since cooperation with investigation is a necessary condition for grant of Anticipatory bail,”

-had said the High Court.