In an effort to speed up compensation to victims and their families, the Court is planning to take the digital route to improve the administration of justice. 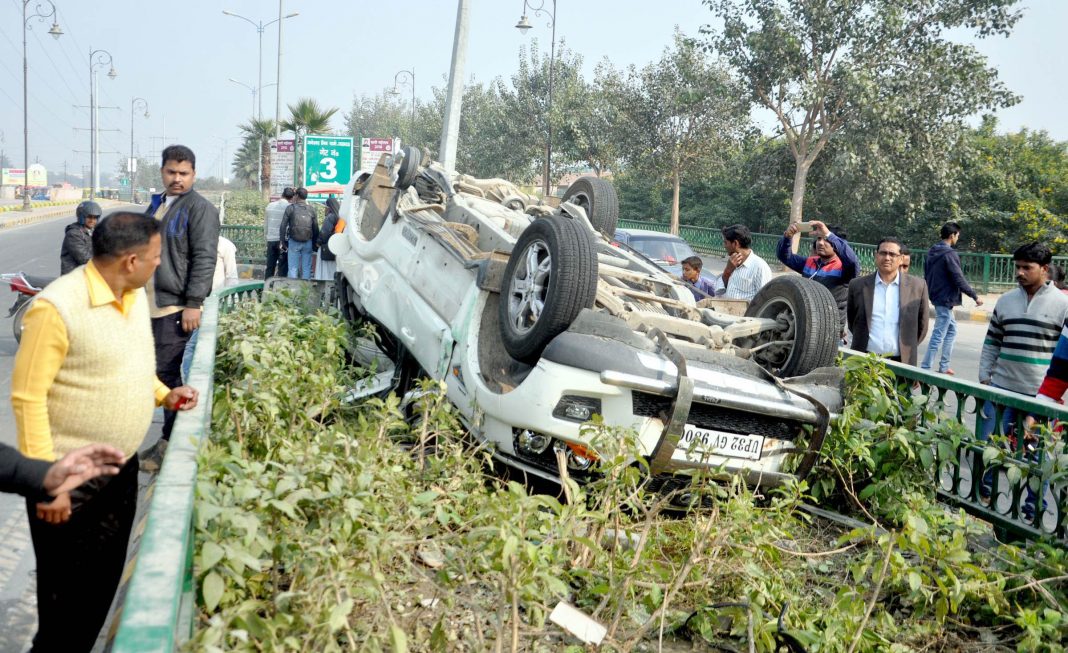 The Supreme Court is exploring the creation of a nationwide online mechanism to help road accident victims and their families get compensation within a short time of the accident.

A bench led by Justice SK Kaul is considering various avenues to speed up the process, including the setting up of a national grid to seamlessly disburse compensation across states after online submission of police records and accident claim documents to the Motor Accidents Claims Tribunal.

Insurance company Bajaj Allianz had filed a writ petition on the plight of accident victims who had been waiting for years for compensation. Drawing on its “pan-India experience”, Bajaj said that in many parts of the country, the police took months to even file an accident report for submission before the Tribunal. The report is the first step towards fixing compensation under the Motor Vehicles Act. This delay is often due to chronic shortage of manpower in the police force, unwieldy geography or pure lethargy.

Jayant Sud, Additional Solicitor General, submitted that he would make a coordinated effort and have a virtual conference with all the stakeholders. Vipin Nair, who represents Narasimhan Vijayaraghavan, the advocate dealing with the subject, submitted that there were certain directions issued by the Madras High Court, and the Committee of the Supreme Court dealing with Artificial Intelligence is also examining some aspects.

Sourav Roy, Deputy Advocate General appearing for Chhattisgarh, submitted that the Ministry of Road and Transport should also assist in this regard because it had some aggregated platforms which may also be of assistance in arriving at the agreed directions.

The senior counsel appearing for the petitioner submitted that she had made some suggestions keeping in mind that the Delhi High Court and the Madras High Court had placed effective machinery to take care of practically all the problems and those directions can be replicated.

The Act requires “contemporaneous” collection and verification of information about an accident. Delays destroy crucial and important evidence. Further, it could also influence witnesses. Bajaj argued that delay also added to the trauma of the accident and affected the victim’s right to equality and access to justice.

“Expeditious disposal of motor accidents claims is a fundamental right for beneficiaries as well as insurance companies. The Motor Vehicles Act is a welfare legislation whose primary objective is that victims and their families get timely and appropriate compensation,”

Nair argued that the Supreme Court’s own Artificial Intelligence Committee, headed by Justice L Nageswara Rao, had been considering a virtual mechanism to speed up the compensation process. He said that both the Delhi and Madras High Courts had streamlined an online procedure by which the compensation process was quick and transparent. However, this system would not be suitable for bigger states.

In its petition, the company said that delay in the collection of information on the accident and submission of the report in the tribunal makes it tougher for insurers to separate genuine claims from fake ones. Bajaj said it was also the “valuable right of insurers to separate the genuine claims from others on the basis of verified information supplied by the police”.

Measures to cut down road accidents include: Widening roads, painting speed-breakers with radium colour to make them more conspicuous, dealing strictly with those who drink and drive and passing legislation to ban vehicular traffic from midnight to the early hours of the next day. This was implemented in Tamil Nadu sometime back. Speed limits should be indicated by sign boards and violators should be punished. Wearing of helmets and safety belts should not be forgotten. Through pamphlets, necessary awareness can be imparted to young minds about how to adhere to safety on the roads.

Section 165 of the Motor Accident Claims Tribunals (MACT) facilitates a road accident victim or the survivors to demand compensation from the vehicle’s proprietor and/or driver or insurer. A claim for compensation may be made to a claim adjudicating body having authority over the area where the accident took place or to the MACT within whose administration the claimant lives. An application for insurance must be made ideally within six months of the date of the incident.

In Naina Thakur vs Punjab Women’s Welfare Colleges Board, the Supreme Court pronounced: “The choice of multiplier has to be based on the age of the deceased or the claimants whichever is higher. Therefore, if the parents are the claimants, it is age of the parents which will have to be taken into consideration while fixing the multiplier.”