This gender discrimination violates right to equality, dignity and life under Articles 14, 15 and 21 of the Indian Constitution. 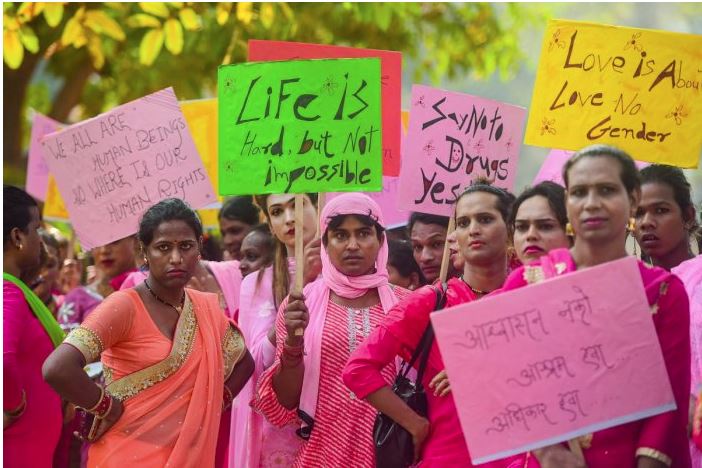 The Supreme Court on Monday issued notice to the Centre in a PIL challenging rules that bar transgender persons from donating blood.

The Apex Court said, “We don’t understand these issues. Won’t pass orders without understanding the issue.”

The petitioner in this case, Santa Khurai, who is a member of the transgender community and a transgender activist, has filed a PIL on behalf of all transgender persons challenging the constitutional validity of the guidelines on blood donor selection and blood donor referral, 2017 issued by the National Blood Transfusion Council (NBTC) and National Aids Control Organization (NACO), Ministry of Health and Family Welfare, Government of India which permanently defers transgender persons, female sex workers and men having sex with men, from donating blood and being blood donors. The aforesaid is a violation of the right to equality, dignity and life under Articles 14, 15 and 21 of the Indian Constitution.

It has been stated in the petition that during the 1980s when the HIV/AIDS outbreak occurred, in many countries, a lifetime ban on blood donations by transgender persons was implemented. The discrimination on this basis is now an outdated policy that is based on stigma and stereotype associated with transgender persons. There are now enough facilities for testing HIV/ AIDS which was not the case back then when this rule was enforced in different countries.

It is also stated in the petition that donor selection criteria as elaborated in the guidelines would be applicable to all the donors who wish to donate their blood, red cells, platelets and plasma under the “blood donor selection criteria” state in serial No. 12 that a donor shall not be among others, transgender persons, men who have sex with men and female sex workers, as they are considered at risk for HIV and are permanently deferred or prohibited from being eligible as donors for blood or plasma.

Further, the guidelines as issued by the Centre, NBTC and NACO are sent to all state blood transfusion councils, blood banks and public and private hospitals which follow them conscientiously. Due to this bias, the transgenders are even prohibited from donating blood to close relatives and even those in need.