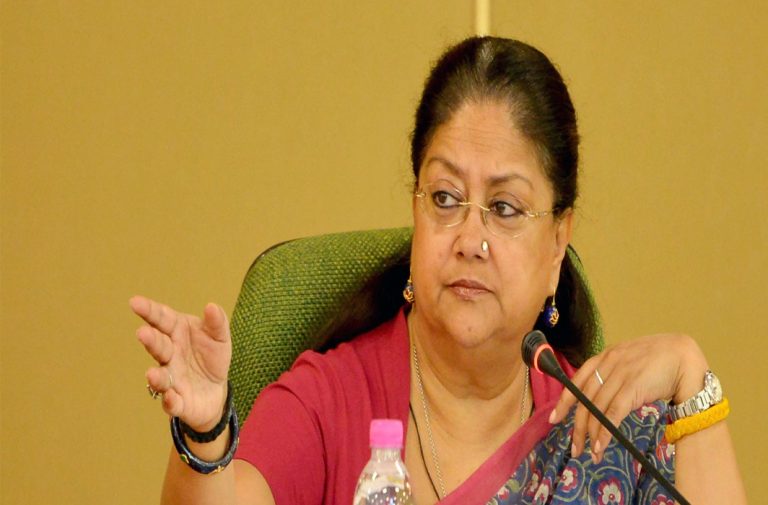 In a setback for Rajasthan chief minister Vasundhara Raje at a time when she is desperately trying to beat heavy anti-incumbency and return to power following the forthcoming assembly polls in the state, the Supreme Court, on Friday (November 2), issued her a notice in a fraud land sale case.

The top court’s bench of Chief Justice Ranjan Gogoi and Justice KM Joseph has also issued a notice to Raje’s son and BJP MP Dushyant Singh in the same matter. The notices have been issued against a petition moved in the Supreme Court that alleges that Raje and her son fraudulently sold government land located near the Dholpur Palace (Raje is married into the erstwhile Dholpur royal family and the region is her political bastion) to the National Highways Authority of India (NHAI) and received a compensation of Rs 1.97 crore from the government against the sale in 2010.

The petition states that Raje was not a public servant at the time of the alleged commission of the offence; she was then the Leader of Opposition in the Rajasthan Assembly. Raje and Singh allegedly faked ownership of a 567 square metre plot of land near the Dholpur Palace and sold it to the NHAI for Rs 1.97 crore for a land acquisition project meant for a highway.

In August this year, the Delhi High Court had dismissed a plea seeking an FIR and a CBI probe against Raje and her son in the same case. Earlier, a trial court had refused to order a probe into the allegation against Raje on the ground that the necessary sanction for prosecution had not been obtained under provisions of the Prevention of Corruption Act against the chief minister.