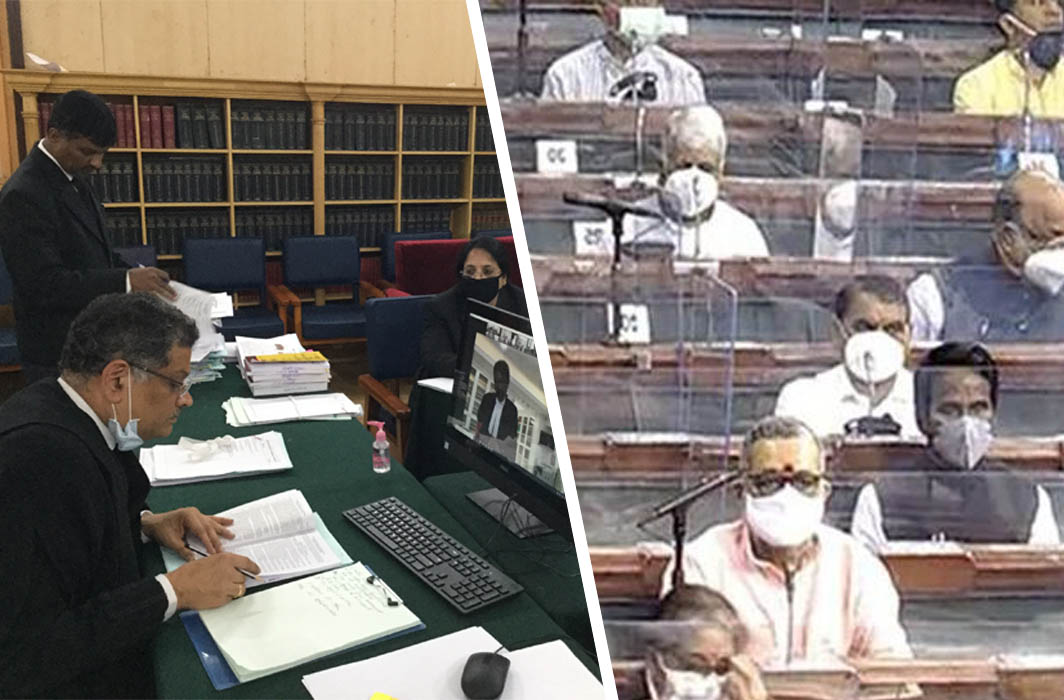 Post the pandemic, life will get back on track, say psychologists and sociologists, as people have accepted the new order and changed their lives for the better.

Six months after Prime Minister Narendra Modi called for a nationwide lockdown to combat the coronavirus pandemic, things seem to be slowly returning to track with Metro services resuming in several cities, high schools reopening and colleges set to start in the first week of November.

Though scientists have warned against letting down one’s guard, the signs of a rebound are being felt across the country. The number of coronavirus cases in India is hovering at around 57 lakh, with almost 10 lakh active cases and 47 lakh recovered, and a death toll short of one lakh.

This is not to say all is well as India tops the list of countries with the highest number of new cases in the last 24 hours over the last week or so. Projections show that India may well overtake the US as the country with the most cases.

The return to near normal begs the question: How has India emerged from the pandemic? India Legal spoke to Delhi based psychologist Dr Rajat Mitra and Banaras Hindu University’s head of Department of Sociology, Professor Arvind Kumar Joshi, on the effects of the pandemic on families and the society at large. Both said the country had emerged stronger with a greater understanding of the public good.

“People are aware that they cannot afford to crowd in markets. They have understood that it is good for society right now to maintain distance,” Dr Mitra said.

It’s not only the common citizen; MPs too have been forced to get used to social distancing and the installation of plastic partitions in Parliament House to ensure they stay safe. Joshi highlighted the increase in men’s participation in household chores as a positive, contributing factor to the strengthening of the family bond. “Hygienic and healthy food has boosted immunity,” he said.

Both saw an egalitarian turn ahead. Mitra said: “Society as a whole has realised that it doesn’t need much to survive on. People realise they don’t need a large collection of ties or formal shirts, since nearly everybody, be it a boss or a subordinate, has been on Zoom calls in T-shirts and shorts.” He sees this as a major achievement of Indian society which is “extremely class conscious”. Joshi noted a similar drift when he said that people have realised the shortcomings of the materialistic world.

The lockdown saw many skeletons come to the surface too. “This is possibly the first time since civilisation that people have been forced to stay indoors, barring wars. While this improves bonding, cases of wife beating and child sexual abuse have increased,” Mitra said. Senior citizens and single parents too seem to be weathering the worst of times.

Mental health issues too have increased. Due to the fear surrounding the virus, people have also become prone to depression and unexplained anxiety attacks because they have been cooped up at home for too long, he said.

The positive side of the lockdown has been that greater reliance on online education and interaction has given a new meaning to both teaching and health consulting. “Everybody has gone the online route, be it at Harvard or Amity University. Universities have no choice but to connect to students via the online medium,” Mitra said. But the online route has been a problem for senior citizens and single parents.

The lockdown has also ensured that people exercise greater control over their lives after seeing the loss of it in the last six months or so, Mitra said. “We cannot go back to an India before the coronavirus struck. There will be a new normal and it will be very different from the normal of the pre-corona times,” he added.

Joshi said the Covid-19 pandemic had curtailed the freedom of individuals to socialise, giving rise to unrest. “There is a gender angle to poverty. The pandemic has impacted women. Not only have they lost jobs, but their needs in a family have also been affected.”

Apart from the pandemic’s economic knock-out punch, it has exposed the shortcomings of health and medical infrastructure. “People are worried about their health,” Joshi said.

“The pandemic has impacted progressive society negatively and it would take a long time to return to normal,” Prof AK Joshi said.

Despite this, he sees a silver lining in people being forced to lead life in a planned way.

Though the world did look at India’s lockdown with interest for being the first nationwide exercise, no one in the country questioned governmental wisdom in this aspect unlike critics in the US and the UK. For example, US Attorney General William Barr compared stay-at-home orders in parts of the US to house arrest and, of all things, slavery. Other US officials, including President Donald Trump, have expressed similar sentiments about wearing masks or imposing a lockdown.

The tide is turning in the UK, with senior minister Michael Gove announcing that if possible, people should work from home “if you can”. This comes after weeks and months of the UK straining at the seams to deal with cases and keep the economy running. UK Prime Minister Boris Johnson had to make a public address warning people of another lockdown if social distancing norms weren’t met. He even threatened to call in the army to help the police enforce laws.

Prime Minister Modi also had to warn people not to stop wearing masks or let go of social distancing. In India, the upcoming festival season is cause for concern as experts forecast a spike. But, as Mitra noted, it is hoped that people will continue to follow social distancing and wear masks as scrupulously as they did over the last six months.

After all, it is for their own good.

Did you find apk for android? You can find new Free Android Games and apps.
Share
Facebook
Twitter
Pinterest
WhatsApp
Previous articleAllahabad High Court lawyers face severe difficulty in listing of cases, as well as several other issues amid COVID-19
Next articleDemand rises for full security guarantee of money placed in FDs