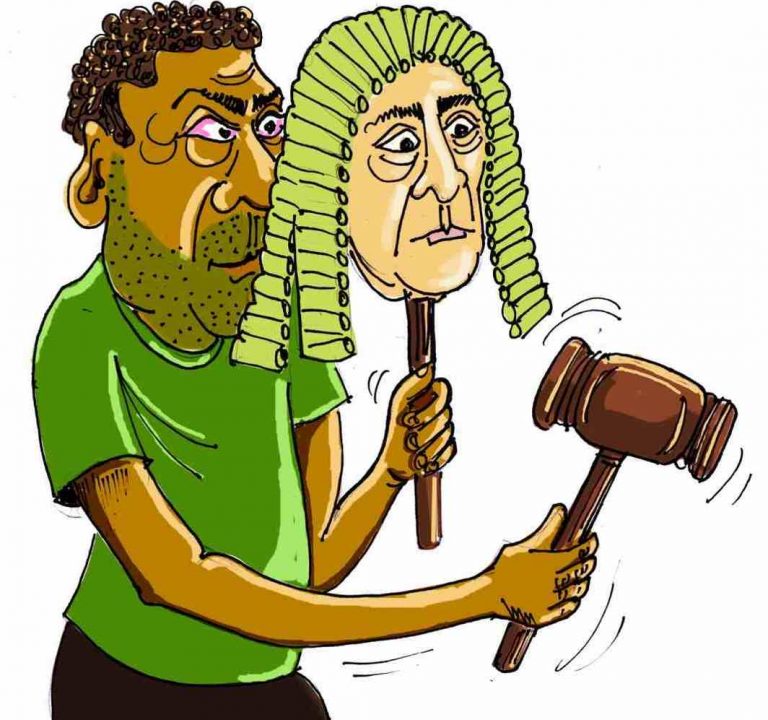 Several shocking cases have come to light in which legal orders have been forged to fool the police. The only way to tackle such tricky situations is for authorities to check the authenticity of orders they get

One of the primary duties of any court is to uphold the rule of law. But what does it do when one of its own orders is forged and used to hoodwink the police? Take the case of a woman named Badrunissa who forged a Kerala High Court order last month so that she could evict a shop running on a disputed property of hers. And helping her forge this document was her advocate, Sunitha Begum, who then produced it before the police at Vadakkancherry station in Palakkad district in North Kerala. However, the cops did little to check the authenticity of the order.

Bobby Mathew, sub-inspector of Vadakkancherry police station, told India Legal: “When a lawyer herself comes to the station with such an order from the High Court, why should we suspect that something is amiss? No policeman will want to check its authenticity at that time. Also, the lawyer was pushing us to take action immediately, giving the impression that it was a High Court order that needed to be acted on fast.”

Mathew said it was the first time that he had encountered such a case. “We have seen a number of false documents and forgeries. But this is the first time I have seen a High Court order being forged. The fact that a lawyer did it makes it a serious offence,’’ he said.

Both the petitioner and the lawyer have now been booked under various sections of forgery. These include Section 465 (forgery), 466 (forgery of a record of court or public register), 468 (forgery for the purpose of cheating) and 471 read with 34 (using a fraud document as genuine). The complainant here was the inspector himself.

In Uttar Pradesh, if any person tries to submit a certified copy of a High Court or Supreme Court order in subordinate courts, they first ask the person or his counsel to get it verified from the computer section of that district court.

The computer section then logs into the site of that court and verifies the order. These practices minimise the risk of forgery in orders.

And yet, there are instances of forgery. Allahabad High Court is currently hearing a PIL filed by Lawyers Civilian Society, Allahabad, against petitions filed in the name of dead persons there as well as in the Supreme Court. These were allegedly filed by Rajendra B Lal, the vice-chancellor of Sam Higginbottom Institute of Agriculture, Technology and Sciences, and others. Earlier, the Court had ordered forming of a litigation committee comprising of four judges and dismissed these fake petitions on the basis of a probe.

In the Lucknow bench of Allahabad High Court, the buzzword to tackle such forgeries is—“Precaution is the best procedure.” Additional Advocate General Vinod Kumar Shahi told India Legal that the concerned authority served with a certified order is expected to get it verified with the registrar of the court before taking any action on the order. On detecting forgery, an FIR is lodged.

The Allahabad High Court also faced a similar situation when a man was sentenced to seven years’ rigorous imprisonment for trying to secure the release of his son and another person by presenting a fake bail order to the police from the Court. The incident took place in Wazirganj, UP, on April 10, 2010. The accused had reportedly purchased the fake order for Rs 5,000.

The Kerala case originated from a family dispute which went to court. The dispute was between Badrunissa and her daughter-in-law, Tabsum, who was running a shop for the last few years on a piece of land in Puthucode gram panchayat in Palakkad. Badrunissa went to court claiming the land was hers and wanting eviction of the shop from it.

While it was an interim judgment by the High Court which asked the sub-registrar’s office (SRO) to look into Badrunissa’s complaint and find a solution after giving a hearing to the respondent also, the whole issue took a different turn. The document seemed to have been edited in Photoshop to convert it into an eviction order favouring Badrunissa.

From a single-page order asking authorities to hear both sides and initiate necessary action, the forged one became a two-page document that directed the authorities to cancel the assignment deed of the land and evict the persons running the shop from it. While the stamp of the Court, the seal, the signature of the judge and date were retained, the contents of the order were tampered with. So much so that the concerned authorities and the policemen went on with their eviction drive.

But when Tabsum and her lawyer approached the High Court for a certified copy of the order, they were shocked to find that no such order existed and the real one was very different. “We were shocked when we managed to get a hold of the real order. There was nothing in it which said the shop had to be evicted. In fact, it was only a direction to the SRO to settle the dispute after looking listening to both the sides,’’ Tabsum’s lawyer Johnson Varikkappallil told mediapersons.

Meanwhile, the Palakkad sub-collector has submitted before the Court that there was a discrepancy between the judgment produced by the advocate of Badrunissa and the real judgment which is also available at the Court’s website. The Court has put on hold all proceedings in the case till the present impasse is sorted out. It has asked the district administration to maintain the status quo as far as the shop is concerned. The keys of the shop have been handed back to Tabsum.

While this case may surprise many, non-judicial staff of the High Court isn’t taken aback. They say that this isn’t the first time that such a forgery has taken place and often, advocates and clients gang up to do such things.

In the case of Badrunissa, while the stamp of the Court, the seal and the signature of the judge  were retained, the contents of the order were tampered with.

Ashok Menon, Registrar General of Kerala High Court, told India Legal: “This is certainly not the first such case where documents issued by the Court have been tampered with and used by vested interests. This is why we always ask the authorities concerned not to jump into action just because someone produces a document. Always check the veracity of the document before accepting it fully.’’

He said the police had still not got in touch with the Court office and the relevant section from where this order was issued. It is likely the concerned officer was himself groping in the dark over this forgery.

Senior advocates say that in such cases, the Court acts against such erring lawyers who break the law. But preventing them from happening is a difficult task, they admit. Special public prosecutor CP Udayabhanu told India Legal: “We have come across such instances before also where lawyers take money and forge original documents in favour of the client. But the courts can rarely prevent such situations as they can’t act on preconceived notions.”

He added: “The only solution is for the police or any other authority which has to enforce such judgments to double check with the Court about the veracity of its judgment.”

How to avoid forgeries

Courts are now uploading orders and judgments online for preventing their forgery. The office of the registrar is now providing authorised orders having the official stamp and seal. Orders of high courts have a blue stamp, while those of the Supreme Court have a red stamp at the back of the judgment. These stamps are put with great pressure, so that the seal of the emblem can be seen on other pages too. If someone forges an order of a court, the office of the registrar and the police investigate the matter.

The punishment under Section 3 of The Probation of Offenders Act, 1958, deals with the power of the court to release certain offenders after admonition. It says: “When any person found guilty of having committed an offence punishable under section 379 or section 380 or section 381 or section 404 or section 420 of the Indian Penal Code, (45 of 1860) or any offence punishable with imprisonment for not more than two years, or with fine, or with both, under the Indian Penal Code, or any other law, and no previous conviction is proved against him and the court by which the person is found guilty is of opinion that, having regard to the circumstances of the case including the nature of the offence, and the character of the offender, it is expedient so to do, then, notwithstanding anything contained in any other law for the time being in force, the court may, instead of sentencing him to any punishment or releasing him on probation of good conduct under section 4 release him after due admonition.”

There have also been cases where courts have taken matters in a lighter spirit. Bombay High Court Justice AV Nirgude recently dismissed a case of forgery and cheating saying police officers had lost their sense of humour. The Versova police had registered a case on March 1, 2012, against Sanjay Gupta, Balaji Motion Pictures and glamsham.com for forging summons from the police commissioner’s office to promote the film, Shootout at Lokhandawala. The forged summons subject title was: “Briefing on the current crime scenario in Bombay” and said: “This is to inform you that the Commissioner of Police requests your presence on the 29th of February at 3.15 pm on stage No 2 of Mehboob Studio to address the sudden and dangerous rise of organised crime in the city.”

When journalists came to the place mentioned, they realised it was an invitation for a press conference. They were not amused, nor was the police.

However, there was a disclaimer at the back of the invitation card that no one had noticed. The Sessions Court rejected Sanjay Gupta’s anticipatory bail plea, whereupon he moved the High Court and the case was dismissed.

—Inputs by Rajesh Kumar in Delhi, Alok Kumar Singh in Allahabad,
Khurram Nizami in Lucknow and Kushal Patil in Mumbai