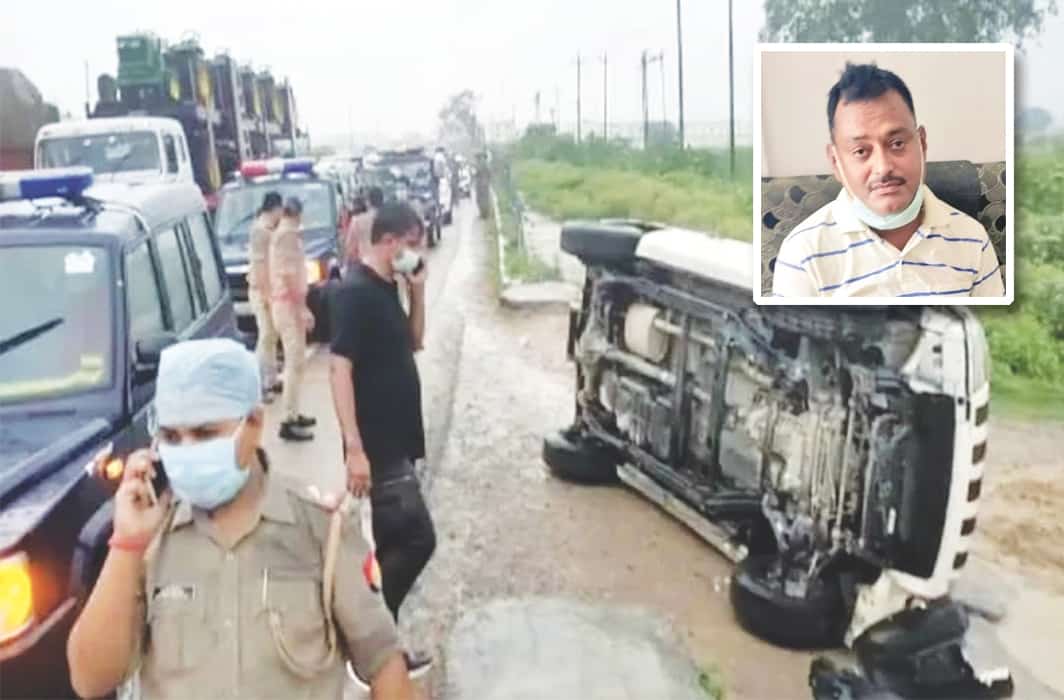 The numerous questions raised after the killing of Vikas Dubey has led to another commission being appointed to probe the encounter. Considering the history of the UP police and the fate of other commissions, will this one also see a quiet burial?

The Uttar Pradesh government has set up its own judicial commission to investigate the “encounter” killings of gangster Vikas Dubey and his associates. It will be headed by a retired Allahabad High Court judge, Sashi Kant Agarwal, will be based out of Kanpur and has just two months to submit its report. Forget the seemingly unusual two-month mandate—time limits have been exceeded with alarming regularity for almost all commissions set up in India—the bigger question is, why did that happen? Sure there was intense pressure from all sane quarters and political considerations were also behind the move. But, assuming that, like so many other commissions, this, too, would fail to allay the fears of more such killings in the future, who would be mollified?

To be frank, it doesn’t matter who. An inquiry commission, especially if it is headed by a retired judge, seems pretty officious and important-sounding. Not to cast any doubts on this particular commission—it just might come out to be the best ever—it is surely an excellent move by any government to put a hugely contentious issue on the backburner. Public memory is notoriously short. The Yogi Adityanath dispensation, which has given a free hand to the state police to eliminate as many criminals as it can with impunity and with scant respect for the law, will surely come out of this wearing a knight’s shining armour.

One note of the deep mistrust of the Executive and its punitive arm came from the Supreme Court on July 14, when a bench of Chief Justice SA Bobde and Justices R Subhash Reddy and AS Bopanna hinted at setting up a commission of its own headed by a retired Supreme Court judge. The bench was hearing one of the many pleas filed to investigate this extrajudicial killing by the UP Police’s Special Task Force on July 9. This is just a hint, and more information might be available when the Court sits to hear and discuss related issues again on July 20.

Meanwhile, there has been reaction from Amnesty International India, too. Its Executive Director Avinash Kumar has said: “The Uttar Pradesh Police patted itself on the back last year by claiming that it had killed 103 criminals and injured 1,859 others in 5,178 ‘police engagements’ over a period of two years. Acting outside the law, deliberately punishing criminal suspects and violently attacking them is not an answer to maintaining peace and security in the state.”

In principle, a court cannot and should not sit idly when laws are thrown out of Executive windows. Judicial commissions are a proper way out for courts. Frankly, the apex court did not retract its “hint” of forming its own commission, even after Solicitor General Tushar Mehta officially informed that the state had already taken action in this regard. This puts indirect pressure on the state and the commission that it has instituted, to act and act fast.

What really caught the Executive napping was an appeal in the Supreme Court by another corrupt police official, UP Police Sub-inspector KK Sharma, seeking protection of the Court from his own police force. Sharma is no babe in the woods. Attached to the Bikru police station in Chaubeypur, he was arrested by the UP Police’s Special Task Force (STF) for allegedly having tipped off Dubey and his associates about the impending police raid in Kanpur on July 2 where eight police officials were gunned down by a fully-prepared Dubey and his men.

The police’s illegal association with criminals—and politicians—is not news and this is especially applicable to the UP Police. What is news is the “special treatment” meted out to a team member, a treatment that has sent shivers down the spines of Sharma and his family. He said that he fears that he and his wife Vinita Sirohi could both be gunned down in the “encounter” style in which Dubey and his aides were.

There are two ponderables available from this. First, by declaring before the Court that he could face the same “en­counter” fate as the slain gangster Dubey, Sharma has officially declared that these “encounters” are all fake. Not that anybody doubted it, but here is a petition that puts it in black and white.

The second arises out of this apparent dichotomy—that there are factions within the police system, between the bad and the worse. If one goes back to hundreds of such “encounters” enacted by the police, there was one unwritten code: protect your police brethren. Look back at the hundreds of such “encounters by the Mumbai Police during the heydays of the don raj, or the Ishrat Jahan-type eliminations in Gujarat, or even in Punjab. The wicked were given “special treatment” alright, but they were not mixed up with these de rigueur extrajudicial “encounters”. This is where the brazenness of the UP Police shocks.

Sharma has asked for an independent CBI inquiry into his allegations. This is unlikely before a departmental inquiry commission plants its boot on his neck, but Sharma is surely a source of tomes of information. If Dubey died with his secrets intact, Sharma can be milked for some mirror copies of those saved in the cloud.

As Prakash Singh, IPS and the key architect of police reforms proposals in India (Supreme Court orders to this effect have never been implemented) has written in a recent column: “(The) police was in the news for the right reasons till yesterday—for its humanitarian role during the pandemic…  Unfortunately, the pendulum has very soon swung to the other extreme.”

The rotten apples are spreading the rot too fast in the basket. How would any other police officer behave in this atmosphere? Dubey was a hardened criminal, with over 60 cases against him, so no tears would be shed. But there have been killings, even in custody, of undertrial inmates, whose crimes have never been proved in any court of law. Some have died en route to police custody after they made the mistake of believing the police and in trying to “surrender” to them.

That’s the fallacy one very senior IPS officer pointed out to me. He cannot be named, because he still holds a pretty exalted position. “What is a surrender? As far as the police is concerned, is there such a thing? What we understand is an arrest,” he said. “Let’s be frank. A man kills his wife, takes her severed head to the police station and ‘surrenders’. In the end it’s an arrest. The word ‘surrender’ would not appear anywhere.”

Hence, the apparent idea of a possible protective cover through a tactical “surrender” simply does not exist. Unless, of course, he/she “surrenders” in a magistrate’s court. Magistrates are empowered for this. This is hugely difficult when physical courts are shut in these Covid times, though, as Dubey must have found out to his chagrin. So, if there is vengeance in the eyes of the police force, evidence says, you’ve dug yourself into a deep, deep hole. That’s your judge, jury and executioner. You’ll be history even before you can reach the courts.

Did you find apk for android? You can find new Free Android Games and apps.
Share
Facebook
Twitter
Pinterest
WhatsApp
Previous articleWhere the Mind is With Fear…
Next articleAs the Centre refuses to act, corrupt HC judge Shukla retires in peace