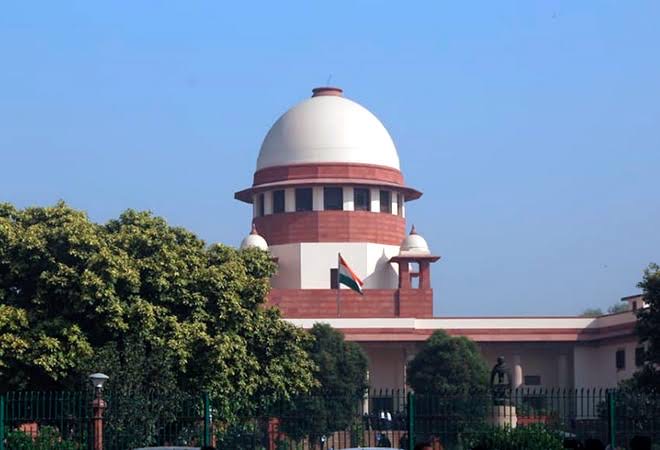 New Delhi (IL News Service): Sangeeta Tyagi, widow of the Late Congress national spokesperson Rajiv Tyagi, who died of a heart attack on September 12 after taking part in a heated AajTak debate, is one of two who have filed an intervention application in the Sudarshan TV hate speech case that the Supreme Court is currently hearing. The other is author and researcher Dr Kota Neelima.

The applicants seek reliefs on specific issue of hate speech by television anchors. The application states that the situation of the electronic media in our country bears unhappy and undesirable resemblance to Nazi Germany, at least with regards to “hate speeches”.

A three-judge bench of Justices D.Y. Chandrachud, Indu Malhotra, and K.M. Jospeh has been hearing the plea against the programme titled ‘Bindaas Bol’ on Sudarshan News Channel. The plea alleges that the programme contains statements which are derogatory to Muslims in India.

The intervention application has been filed by Advocate-On-Record Sunil Fernandes on behalf of the two. The application says that both, by virtue of their unique personal and professional expertise, are appropriately placed to assist the apex court in the adjudication, determination of the larger issue of ‘hate speeches’ and its malicious consequences on the polity and society of India, with specific reference to the ‘hate speeches’ peddled by the TV anchors today under the blatant abuse of the constitutional provisions of Freedom of Speech and Expression under Article 19 of the Constitution of India.

While Dr Kota Neelima has been analysing television news debates, under the initiative, Rate the Debate (RTD), Sangeeta Tyagi says she has witnessed and suffered the irredeemable consequences of hate speech, as her late husband was a victim of that.

The applicants have submitted that the impugned programme ‘Bindaas Bol’ unequivocally and unambiguously answers to the definition of a hate speech. However, this broadcast, by the TV Anchor Suresh Chavhanke is emblematic of a larger, insidious malady that has infected the electronic media of our country i.e. the propensity of TV anchors to shamelessly indulge in hate speeches via the medium of so called TV debates on prime time.

Therefore, the applicants believe, says the appeal, that the menace of hate speech in TV debates by TV anchors need appropriate, ameliorative and remedial directions or orders from the court to restrict the menace. This is till such time that the legislature frames an appropriate legislation in this regard.

The applicants have also urged the court to not to give the benefit of Freedom to Speech and Expression under Article 19 of the Constitution of India to such TV anchors and peddlers of hate speeches as any such protection would be destructive of not only of Article 19 itself, but of our very constitutional edifice.

They said that not only is physical violence the condemnable by-product of such hate-speeches, it also renders the public discourse toxic and vitiated. Such constant vitriolic verbal violence by TV anchors poisons the minds of an average viewer with prejudice.

The application has also suggested the constitution of a committee for the time being to develop norms for mandatory discussions on chosen topics that reflect the concerns in the Constitution of India in order to establish a healthy atmosphere in the country. The Committee will develop a mechanism which will have a rating system for the TV anchors and news debates, so as to ensure that news debates are democratic and fair, and do not pander to divisive agenda.